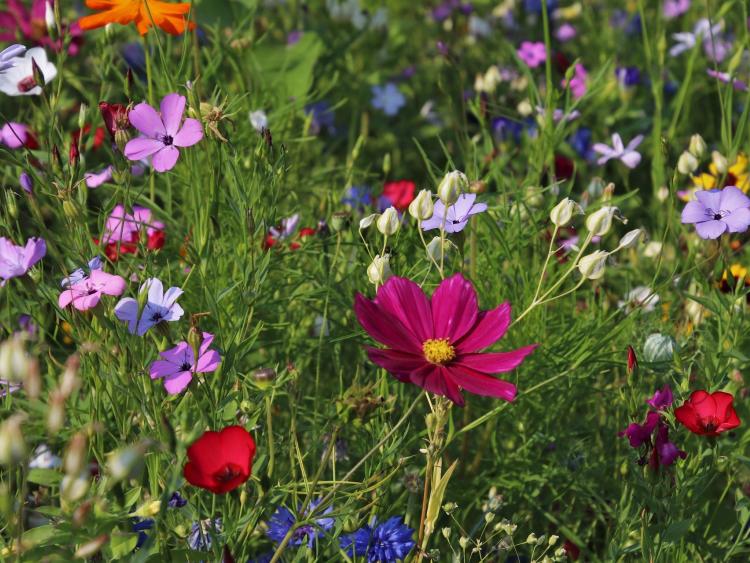 Leaving a bouquet of wildflowers on your doorstep on the eve of May Day is one way to attract good luck into your home.

While some traditions have fallen by the wayside, some associated with May Day - May 1 - are still practised in parts of Ireland each year.

On the eve of May Day it is traditional to place a small posie of wild flowers on your doorstep and that of your family and friends to ensure good fortune in the coming year. Just place some flowers out on April 30 before you head for bed and attract some welcome good luck and prosperity to your house as well as offering protection against anyone who would wish you ill!

May Day has its roots in pagan celebrations and most specifically, with welcoming the arrival of summer following the dark days of winter. Bealtaine is a pre-Christian festival and as part of the celebrations people made offerings, danced, celebrated and lit bonfires to mark the coming of the new season.

The May Bush was a decorated bush, which in rural areas was left outside the house. In towns, it was erected in a communal place. Sometimes it was carried about the area by groups of adults although later this custom was carried out by children. The decoration usually consisted of ribbons, cloth streamers and perhaps tinsel.

May Day was especially associated with butter stealing: the stealing of the butter profit of the home. The cows were safe-guarded through attaching flowers around their heads and sometimes red ribbons or bits of rowan were tied to their tails. This was believed to offer them protection from the malign glance of those with the evil eye.The churn was especially vulnerable at this time so often similar items or iron objects were placed underneath it.