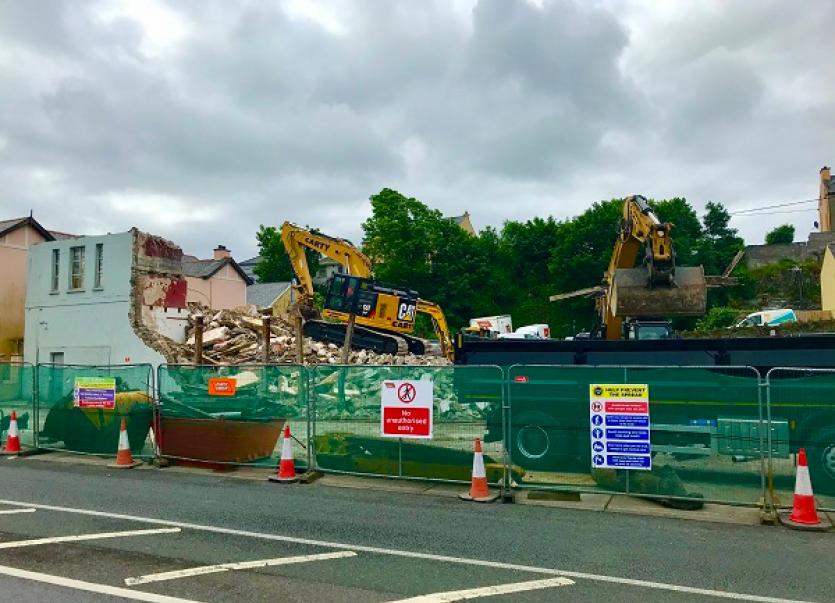 It has not been operational as a cinema since a balcony fire in the late 1960s, but the old Erne Cinema in Ballyshannon was demolished in a smooth operation which commenced in the early hours of Monday morning.
For many, it was a last chance to take a few pictures of the old picture house, before this blockbuster of a building, rolled its last credits. 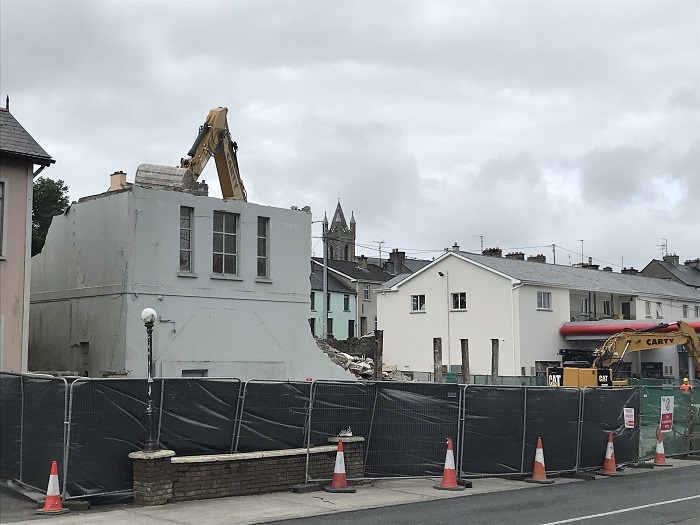 A new development is planned for the old site and at present it has planning permission for a boutique style hotel.
The demolition itself was carried out by Bundoran based civil engineering firm, Carty Group after another specialist firm, Tinley's from Newry removed the old asbestos roof, which occurred last week and was completed on Friday. 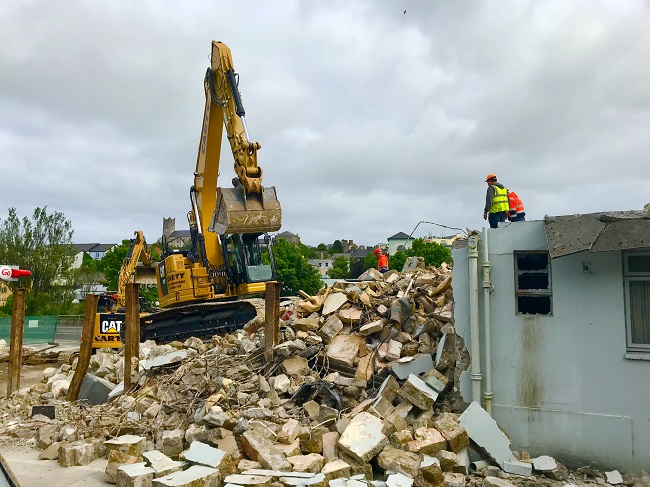 Jack Carty told the paper: “We started off here this morning about 2 o'clock, getting all the machines in and getting ready to go. We started tossing it then about three. The building was demolished by around midday, with the clear up expected to take another couple of days.”
The original cinema was built in 1946 and coincided with the start of construction of the hydro electric stations at Kathaleen's Fall and Cliff. 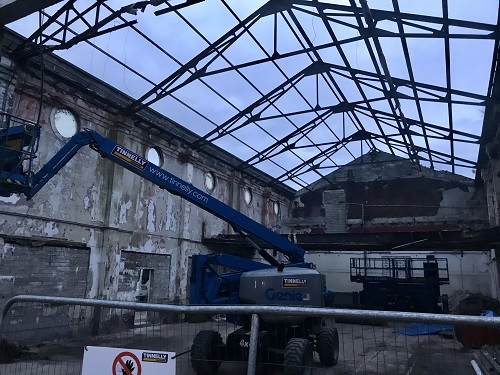 Its opening night was Monday, October 7, 1946 with two showings of “The valley of Decision” starring Gregory Garson and Gregory Peck.
The screenings took place at 7pm and 9.15pm and the cost of a ticket was 1s/4d for the balcony and 9d for the stalls.
A fire in the balcony in 1969, saw the last of the pictures there, but it was to remain part of the heartbeat of the Erne town for many decades to follow.
The cinema was later purchased by Eamon McNulty in 1972, where it was later also used as a garage. The family lived in the upper part of the building for a period, before a new BP petrol station was built, adjoining it. The current owner is well-known Ballyshannon business man Rossa McCosker, who also operates the adjoining petrol station and Centra supermarket.

Denis McGuinness, who worked there at one time as a projectionist in the early sixties told the paper:
“It was an iconic building in its day. Going to see the big movies like The Ten Commandments, Quo Vadis and Ben Hur in glorious technicolour was an exciting experience. It was the time before the arrival of television. This was the big thing, especially for young people. The lights dimmed down and the films started. 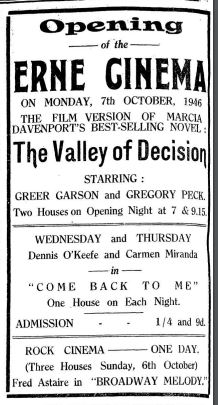 There was the double feature with Pathé news at the interval, with some previews of the big movies. You bought your Tayto's and orange and this was where many people started to smoke, you could see the wisps of smoke rising in front of the screen as the movie was showing.
“Of course, it was always a big thing to bring the girlfriend to the pictures . . .”
“The entrance was on the Purt side, there was bingo and it hosted boxing tournaments including Paddy Doherty and the Gallagher brothers with a big stage erected just under the screen. Anthony Boyle was the first caretaker, then Jimmy Gallagher took it over.

“Myself and Jimmy used to go down to the cellar where the big furnace was and he'd light the fires with the old movie posters, which would be worth a fair penny to buy today.
“Frank Stewart was one of the first managers and then there was Bernard Croal.
'Duchy' Darcy was one of the first projectionists, there was Danny Downey, Jim Kane, there was Sally Gallagher at the ticket desk and Mrs Croal who ran the wee shop just inside the door.
“They were many happy memories of those times on the banks of the Erne ,” he said.