The birds were identified with the help of a wildlife ranger 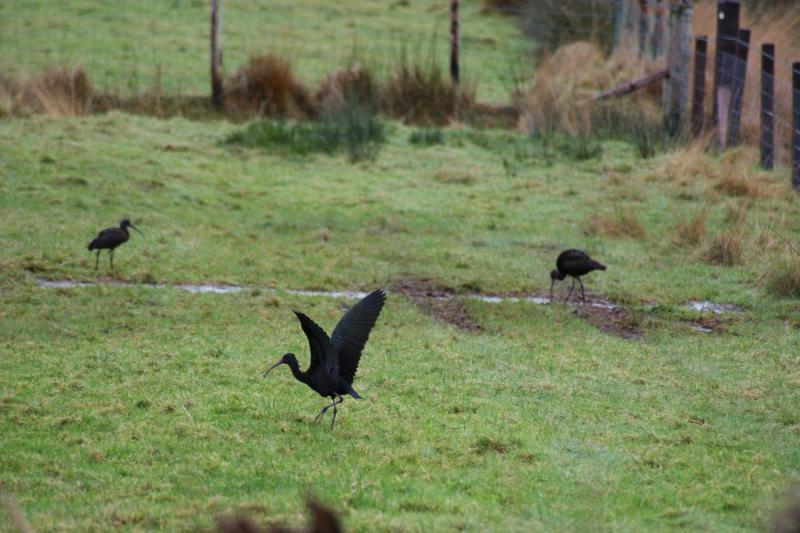 A Donegal man spotted three very unusual birds on Christmas Eve, and was quick to snap a photograph of the rare sighting.

John Gallagher said: "I spotted three of these birds near Frosses. I have identified them as Glossy Ibis with the assistance of Eimear Magee, NPWS wildlife ranger in Donegal.

"Apparently they are from North Africa. It is understood the birds may have been blown off course possibly by storm Barra."

Glossy Ibis have previously been recorded in Ireland, having been spotted in Bord na Móna bogs in Westmeath and Offaly in 2018. This is however a rare and exciting sighting that will delight ornithologists and wildlife enthusiasts in Donegal.