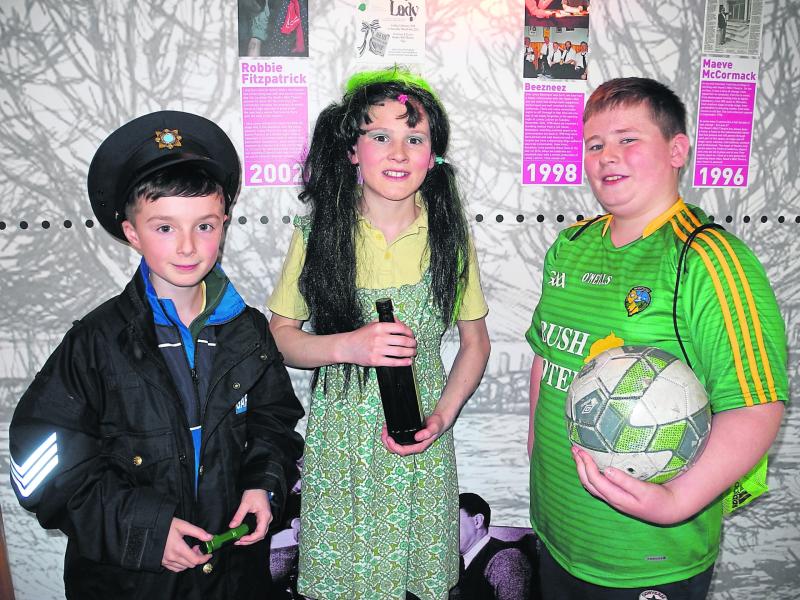 Over 300 young feet tread the boards of the Hawk’s Well Theatre, Sligo, during the annual extravaganza of music and drama, Coirm Gael Linn 2017, on Thursday, March 9th last, including those of the pupils of Gaelscoil Liatroma, Carrick-on-Shannon!

Coirm, organised by Gael Linn and supported by Foras na Gaeilge, provides a platform for primary schools to display the talents of their pupils in a twenty minute show ‘as Gaeilge’ with a theme of their own choice that incorporates music, singing, dancing and acting. Schools from counties Sligo and Leitrim performed next to schools from counties Roscommon and Donegal during the one-day festival.

Old themes vied with new, or sometimes, the old was embraced with modern interpretations. Productions like ‘Rí na Leon’ (The Lion King), ‘Séarlas agus an Monarchan Seacláide’ (Charlie and the Chocolate Factory) brought their own colour, twists and turns, and none more so than ‘Cogar Mogar’, presented by the pupils of Gaelscoil Liatroma, Carrick-on-Shannon.

Guest reviewer, renowned actor Mairéad Ní Ghallchóir, said she was very impressed by the high standard of production throughout and complimented the hard-working and enthusiastic teachers from all the participating schools.

While Coirm Gael Linn is not a competition, special merit awards or ‘gradaim’, were presented for outstanding performances by individuals or ensembles during the shows. Gaelscoil Liatroma, under the direction of teacher Máire Uí Dhonnchú, were thrilled to receive a ‘gong’, in recognition of their excellent ensemble musical and acting talent throughout !

Festival administrator Seán Ó Ceallaigh commented: ‘Gael Linn has a strong tradition in promoting the Irish language through the arts. By staging enjoyable, recreational events like Coirm, Gael Linn hopes to encourage young people to use the language both inside and outside the classroom’.

Coirm Gael Linn is a popular event on the primary school calendar, and this was the last in the series of eleven festivals which were held at various venues throughout the country.