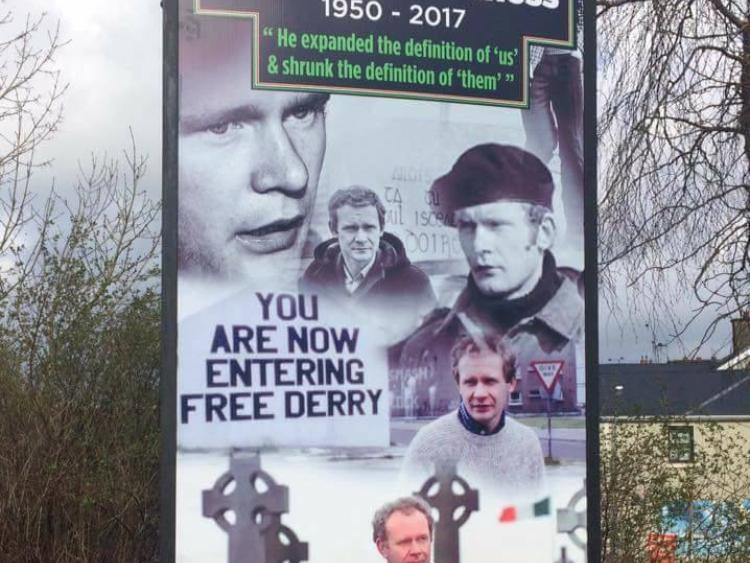 A new mural in honour of the late Martin McGuinness, Sinn Fein has been erected in Ballinamore.

The mural beside the John Joe McGirl Monument, opposite the Community Hall in the town is changed regularly and reflects republican ideals in relation to national and international news.

McGuinness had also helped local Sinn Féin candidates canvass for election down through the years. 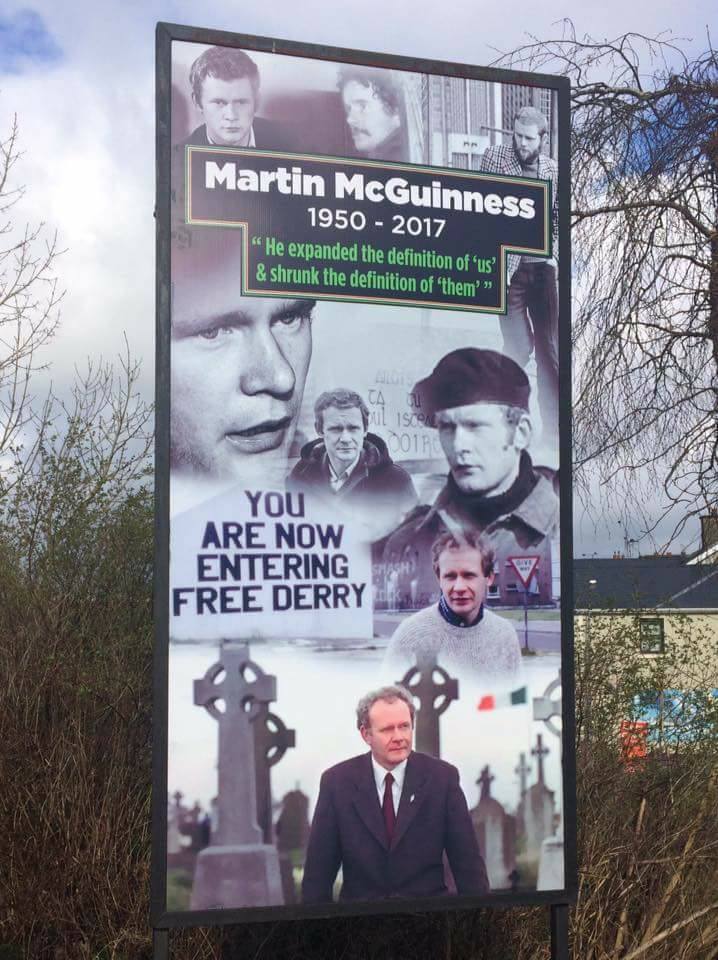