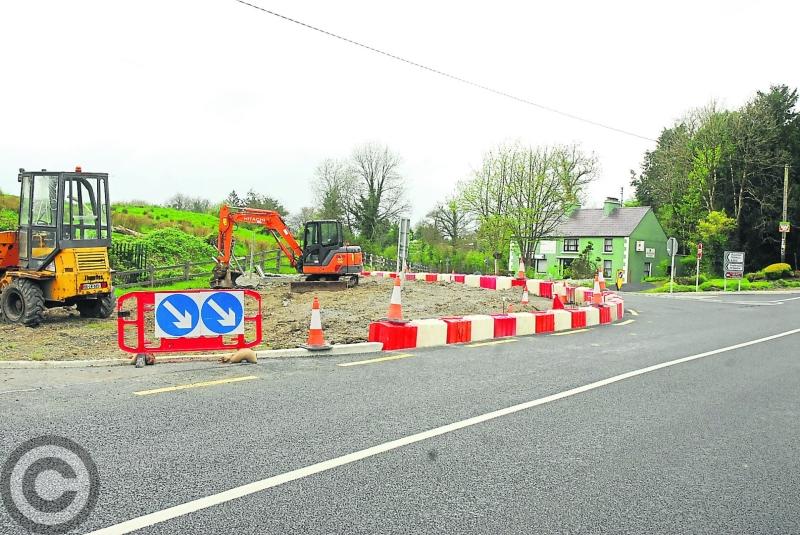 Works to redesign Edentenny junction outside Ballinamore are underway by Leitrim County Council.

At Ballinamore Municipal Meeting  last month, Cllr John McCartin said while out for a cycle he saw pegs in place at Edentenny and queried was this the markings for the new curb? He said it needs to be moved another 2 foot and pleaded “now is the time to do it right, we don't want to go back to this again.”

Cllr Caillian Ellis supported this and said the marking were “not adequate.” He said he recently took that turn with a three axle trailer and it is “not satisfactory.”

Engineer Darragh O’Boyle said the re-curbing was set out by the Road Design office, he said he will speak with them to see if it can be altered. He once again insisted that the road was redesigned to “slow down traffic.”

Cllr McCartin commented, “Even with the changes you will not make that turn at 40mph.” He said the junction should be “safe and comfortable.” He told the council to be more than cautious.

Cllr Ellis also queried the the curbing outside of Berines Filling Station approaching the junction, he said it is hampering deliveries and “the owners would rather it removed.” Mr O’Boyle said the council put the curbs in place for safety measures and to distinguish the footpath for pedestrians from the road.

He conceded that he would look at the location.