Tourism initiative aims to get Leitrim on Wild Atlantic Way 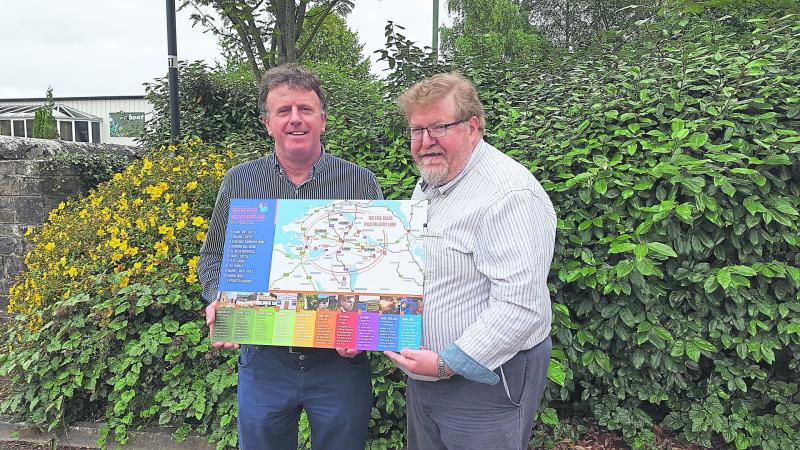 In a proactive bid to get North Leitrim included as part of a Five Glens loop off the Wild Atlantic way, a special brochure is being produced to highlight visitor attractions - the first publication of its kind for the area.

“We want to capitalise on those numbers and so this brochure - The Five Glens - has been created,” he explained.
“The idea is that people will come to the region and they will now have a guide to all they can see or visit in the region. We've also included information on places to eat, pubs and bars to visit and bus hire services available.”
Cllr Gurn believes this is the first step to wards creating a recognised loop off the immensely successful Wild Atlantic Way.
“That is what we hope will happen; that Failte Ireland to take this on and market it as a loop off the Wild Atlantic Way and that way we have an even bigger market available to us,” he said.
He added a meeting will now be sought with Failte Ireland to try and progress this and to also seek permission to include the Wild Atlantic Way logo on the brochure.

The north of the county is the 'weak link' in terms of current visitor numbers admitted Cllr Gurn.
“Carrick-on-Shannon has the hens and stags and other areas are attracting lots of tourists but we aren't, as an area, capitalising on say, the numbers who come to Glencar Waterfall. People aren't coming further to see what we have to offer and we want to change that,” he added.
He said once finalised, the brochure will be made available in hotels in Sligo, Leitrim, Cavan and Donegal and there are plans to source funding for signage to be put in place.

“We are hoping that, in particular, we can target the golden age visitor. Those retired persons who like to take trips to different areas mid week.
“We feel if we have a product put into the hotels they are staying at, we can encourage people to come and spend a few days exploring the region and this will have benefits for the entire area,” he said.
Plans are also underway to target bus drivers and tour companies to try and encourage them to provide services/tours around the region and especially look to extend into north Leitrim.
With such offerings as Hamilton's Castle in Manorhamilton; the Organic Centre in Rossinver; Sean Mac Diaramada's home in Kiltyclogher; the Rainbow Ballroom of Romance; Glencar Waterfall; Parkes Castle and the Arigna Mining Experience all included in the brochure, it is, he stated, the perfect opportunity for visitors to come and experience all that the north of the county has to offer.

He points out that Hamilton's Castle in Manorhamilton has been taken on, on a seven year lease, by a community group who hope to establish a coffee shop and to start tours and provide heritage information on this important site. The community group in Kiltyclogher behind the Heritage Centre also hope to have in place a trained guide for the Centre and to bring visitors out to Sean MacDiarmada's cottage.
“This brochure is a way of drawing all that together and promoting it as part of a region of activities and attractions,” he said in conclusion.