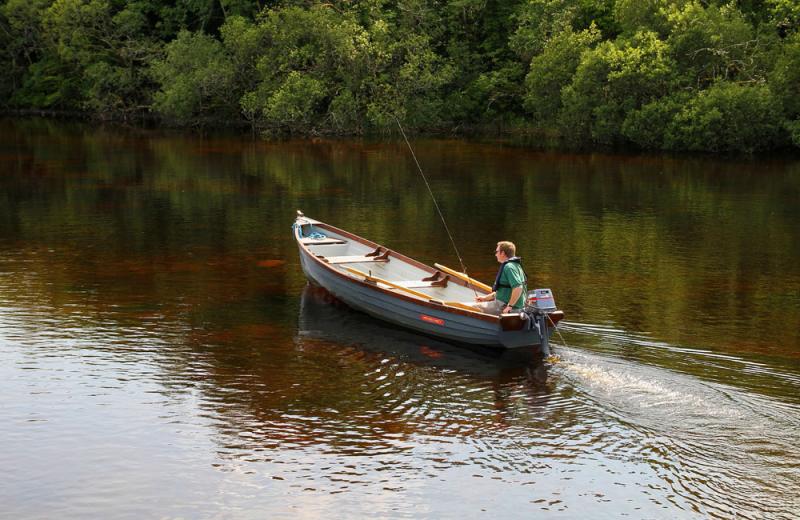 In an effort to get onto the Wild Atlantic Way marketing campaign, a new plan to create a visitor experience based around Leitrim's legendary salmon angling industry is being undertaken.

The Leitrim Recreational Forum are working with a number of local businesses, Leitrim County Council, state agencies and Fáilte Ireland the to create a quality visitor experience based on the salmon and focusing the Drowes, Fowley Falls and The Organic Centre in Rossinver.
The idea is to create an experience which follows the mysterious salmon from spawn on its difficult journey back to the Atlantic Sea.

The Drowes Fishery is one of Ireland’s premier spring salmon and grilse fisheries.
The Drowes is among the earliest opening salmon fisheries in the country and regularly claims the honour of producing Ireland’s first salmon of the season on opening day, January 1.
The river is some 5 miles in length, with over 70 named pools, flowing from Lough Melvin at Lareen Bay and entering the sea at Tullaghan, just outside Bundoran.

Chairman of the forum, Padraig White explained that Ireland is now divided into a few marketing areas and as it stands, Leitrim falls outside of them all.
To get onto the Wild Atlantic Way they must link into the sea and provide a wholesome experience which includes interactive displays, workshops, signs and even food trails.
A food trail exists with the Taste of Leitrim and includes Dromahair, Rossinver, Kinlough and Manorhamilton. The idea of following the Salmon's journey was included in Fáilte Ireland's 150 secrets of the Wild Atlantic Way. 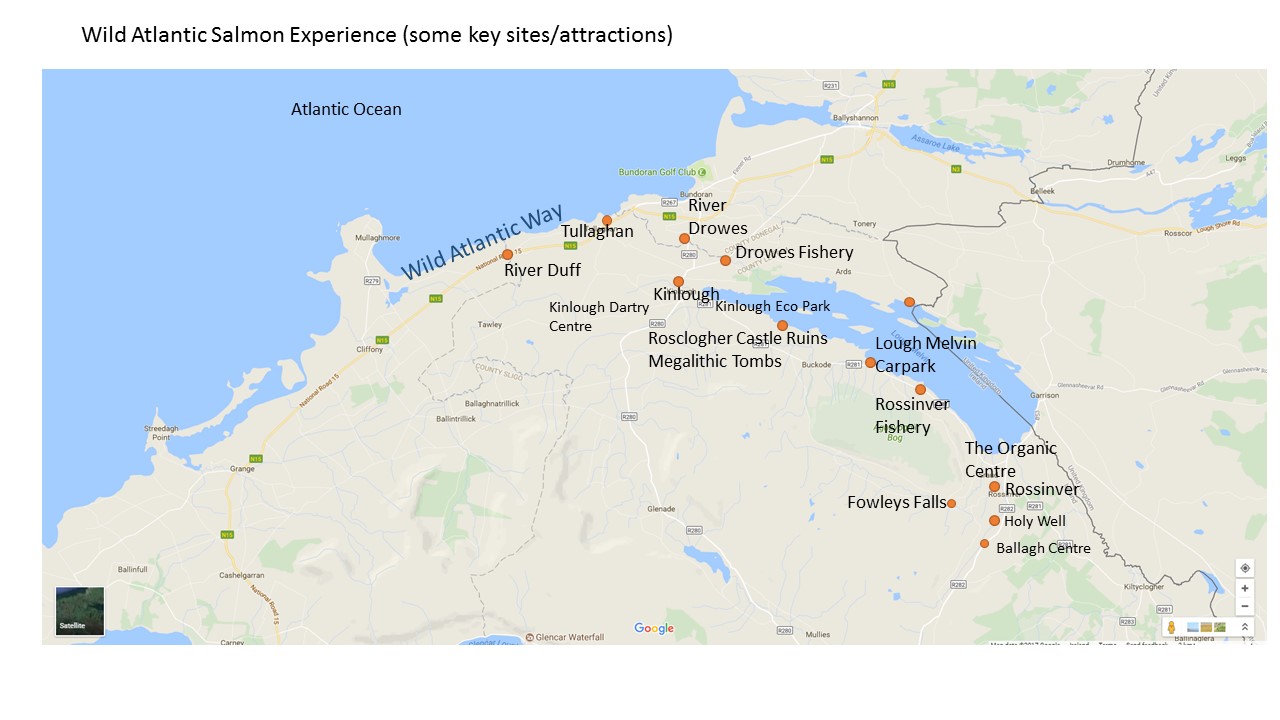 The Recreational Forum say a two stage study is being conducted on the plan and an application for funding to develop the idea has been submitted to LEADER.
Padraig White said while there has been much talk about the lack of hotel in North Leitrim “we must bring the visitors first, when it is commercially viable a businessperson will open a hotel.”
He said there are plenty of B&Bs, apartments and guesthouses in the area.

Separately, a new brochure on the

">Five Glens Loop is being produced locally as another aspect of getting Leitrim onto the Wild Atlantic Way.
The brochure hopes to attract visitors to a number of attractions in the area and capitalise on the 100,000 visitors Glencar Waterfall receives each year.
Plans are also underway to target bus drivers and tour companies to try and encourage them to provide services/tours around the region and especially look to extend into north Leitrim.

With such offerings as Hamilton's Castle in Manorhamilton; the Organic Centre in Rossinver; Sean Mac Diaramada's home in Kiltyclogher; the Rainbow Ballroom of Romance; Glencar Waterfall; Parkes Castle and the Arigna Mining Experience all included in the brochure, Cllr Felim Gurn one of the men behind the brochure says it is the perfect opportunity for visitors to come and experience all that the north of the county has to offer.