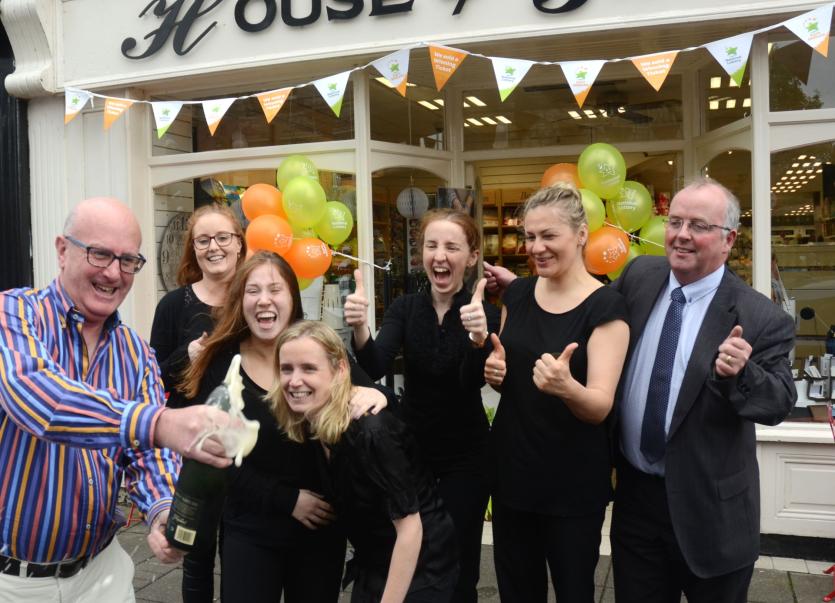 Pat Mulvey, store owner of Mulvey’s House of Gifts in Carrick-on-Shannon, celebrates with staff after selling a winning EuroMillions Plus top prize of €500,000.

What a way to start the Bank Holiday weekend - one lucky Leitrim man made a mad dash to National Lottery headquarters in Dublin this evening to collect his EuroMillions Plus top prize of €500,000 just in time for his weekend celebrations!

The lucky Leitrim player who wishes to keep his win private said, “It all seems a little bit surreal to be here at National Lottery offices collecting a cheque for a half a million euro, it will definitely take some time for all of this to sink in. It’s only my fourth time to ever buy a lottery ticket so I had absolutely no expectation that I would win such a life-changing prize like this.”

The lotto winner will add to speculation  that he is from the Carrick area by stating that Mulvey's is his "local shop."

“I popped into my local shop at lunchtime to get a few things when I remembered to check the ticket from Tuesday night’s draw. Little did I know I’d be shooting down the road to Dublin 20 minutes later to pick up the cheque just in time for the weekend! I have worked hard for everything all of my life so we’ll take some time out to celebrate this weekend and after that, my family and I will start making exciting plans for my winnings,” he said.