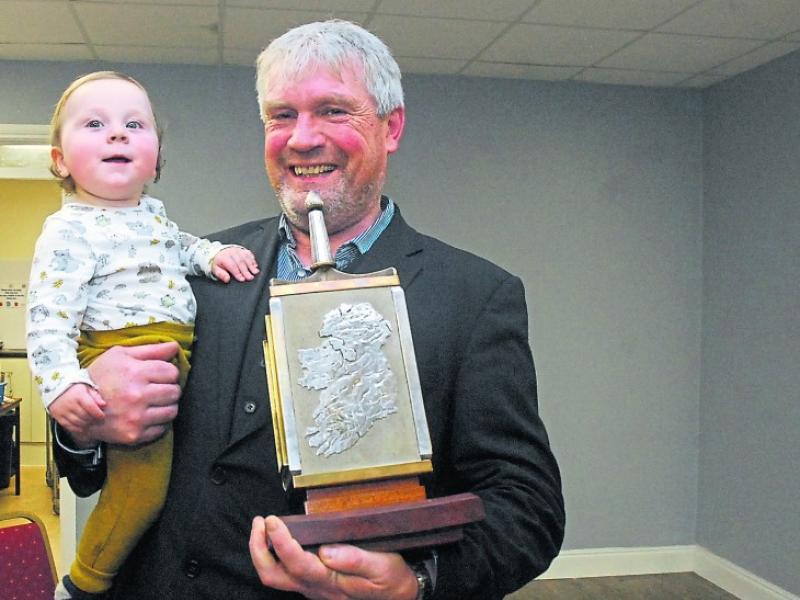 It has been a tough few weeks for British Prime Minister Theresa May as she struggles to convince colleagues in Westminster to support her Brexit deal and now an unlikely source, Leitrim's Seamus O'Rourke, has offered his unique insight on the ongoing saga and has put forward the case for a hard border!

The Carrigallen actor, playwright, comedian and poet who was last Friday honoured at the launch of the 2019 Leitrim Guardian by being named Leitrim Person of the Year originally performed this poem on RTE Radio's Liveline last week and such was it's popularity he has now posted it online.

In the video Seamus talks about the impending disasater presented by Brexit and laments the end of cross border 'shopping'.

"There's no craic shopping anymore. We want adventure - make it harder to buy cheap shite that you'll never use. Make rules that we can break, give us something to do for jaysus' sake instead of looking at our phones

"The phones don't work in Leitrim, there's no signal. The only thing that works on the phone is the calculator and sooner or later we are all going to disappear into the Christmas trees that they have planted all over our county.

"We're bottom of Division four for jaysus sake! The only thing we are good at is smuggling and saying nothing."