Help is needed for Leitrim towns 'dying on their feet' 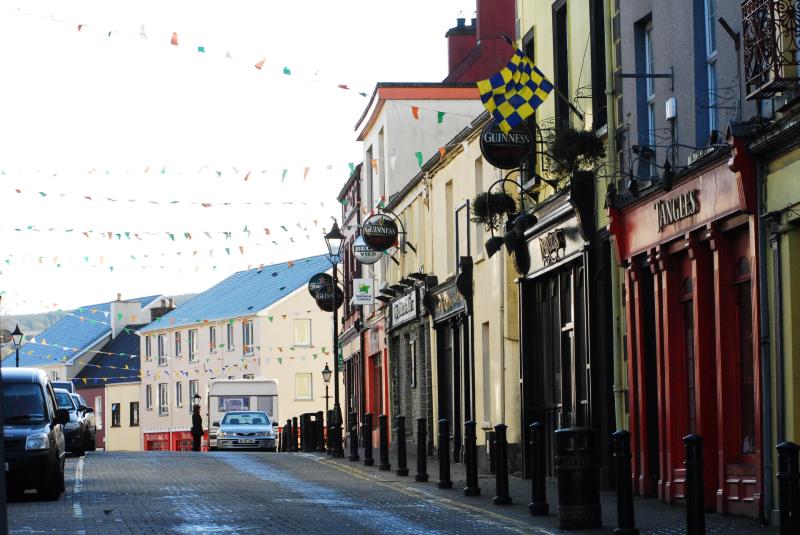 Urgent help in the form of financial supports and incentives are needed to help Leitrim towns and villages that are “dying on their feet.”

Manorhamilton's Independent Cllr Felim Gurn is calling for more incentives and support to help existing businesses and to entice new businesses onto the main streets of Leitrim towns and villages.
He said “this is urgently required to have a plan to bring business and residential premises back to our main streets.”

Cllr Gurn referenced Manorhamilton which lost its Ulster Bank and then more recently the post office off the main street. He said shops are going and “pubs will be next.”
As a publican, Gurn noted that his commercial rates have doubled, VAT on food has increased, insurance costs are rising as well as minimum wages but there is no financial help.

Cllr Gurn who owns Gurns Milestone Bar in Manorhamilton said while he is over 23 years in business, “I don’t know if I will still be in business in 3-4 years.” He doesn't know if the business is viable anymore.
Carrick-on-Shannon shop owner Cllr Finola Armstrong McGuire supported Cllr Gurn and said the issue of business and residential parking needs to sorted in local towns.

Cllr Seadhna Logan informed the members, “25 years ago my brother was the last baby born in the town of Mohill.” The Logan family were the last residents to welcome a new baby to the town and he said there are no families now living on Mohill’s Main Street. Cllr Gerry Dolan stated “towns are dying on their feet.”

Director of Services Joseph Gilhooley said the council have put in place a number of incentive schemes to encourage start-up businesses in town centres including a sliding scale of commercial rates, but he admitted there was a very low take up on it. He said the council are working with town teams to maximise investment.

Housing grants
Related to this, Cllr Paddy O’Rourke called for a “simple to apply” grant to renovate vacant houses in towns and villages, which with a little bit of grant aid could be made “comfortable homes for families.” He said existing schemes are too “convoluted and are simply not working.”

Cllr O’Rourke said he knows a number of “fine homes that families had to walk away from and they have been left vacant” because they didn't have the finance available to renovate.
He received full support from colleagues, who agreed that this too could help with rising rents and the lack of houses for families.

Also read: Minister Shane Ross is no friend of Leitrim