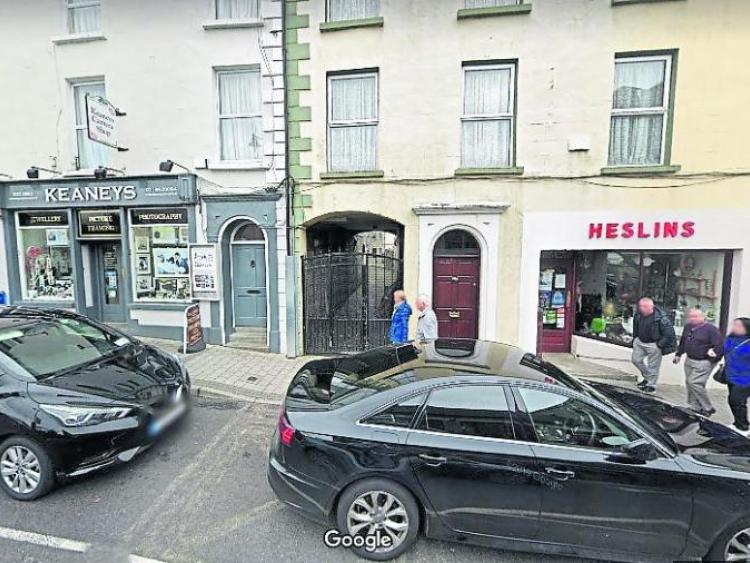 Leitrim County Council senior management have said there is no proposal to issue a Compulsory Purchase Order in relation to a laneway which was used for temporary access from the new Carrick-on-Shannon town centre carpark to businesses on Bridge Street.
The laneway, which has an exit point between Ivan Keaney's shop and Frank Heslin's shop on Bridge Street, was used for a period earlier this year to provide access to and from the new town centre carpark.
Cllr Des Guckian claimed that he had been “mislead” by Senior Engineer, Shay O'Connor about temporary signage in relation to access to the new carpark via the laneway.
He said that the signage about this access was supposed to be taken down on January 18 but claimed some signs were still in place until early February.
However Mr O'Connor categorically denied this claim stating that the signs relating to the temporary use of the laneway were removed as promised and the other signs referred to by Cllr Guckian were not signs about the temporary use of the lane.
“(The Council) put up a number of signs directing people up the laneway (to the carpark) and we took them down as agreed,” said Mr O'Connor. "There were other signs which stayed up until early February but these mentioned Bridge Street, not the lane.”
He also denied claims by Cllr Guckian that the Council were looking to CPO the laneway.
“If Cllr Guckian has letters about this CPO from the Council then he will have to show that to me. To the best of my knowledge the Council has never had an interest to CPO that lane. I wouldn't mind seeing these letters Cllr Guckian has,” noted Mr O'Connor.
However, Cllr Guckian refused to accept the response of Mr O'Connor and accused him of “diverting the issue” regarding the signage adding “the signs were only taken down when people went after you”.
He also said he had a letter in his possession “talking about a CPO on the lane”.
Cllr Guckian also claimed that the access to the lane had been done without the consent of all parties involved stating “there was a person living there who objected to it”.
Mr O'Connor again stated “Leitrim County Council have no proposal to take the lane via CPO.”
He acknowledged that the Council had been approached by some residents to take the lane in charge but pointed out that this was completely different from a CPO of the lane.
He noted that the owners of properties in this area would have to have majority approval for the lane to be taken in charge and they would then have to lodge an application for such a process to start.
Addressing the issue of agreement on the use of the lane as temporary access, Head of Finance, Vincent Dwyer said that all parties involved in the control of property and the management company were involved in the agreement for temporary use of this lane.
“The Management Company gave their permission and if the residents living in this area have an issue with the decision of the management company they need to take it up with them,” he said.
“I can qualify that all parties who have control of the properties in this area were (involved in the agreement).”