Support package being worked on for those impacted by Drumkeerin landslide 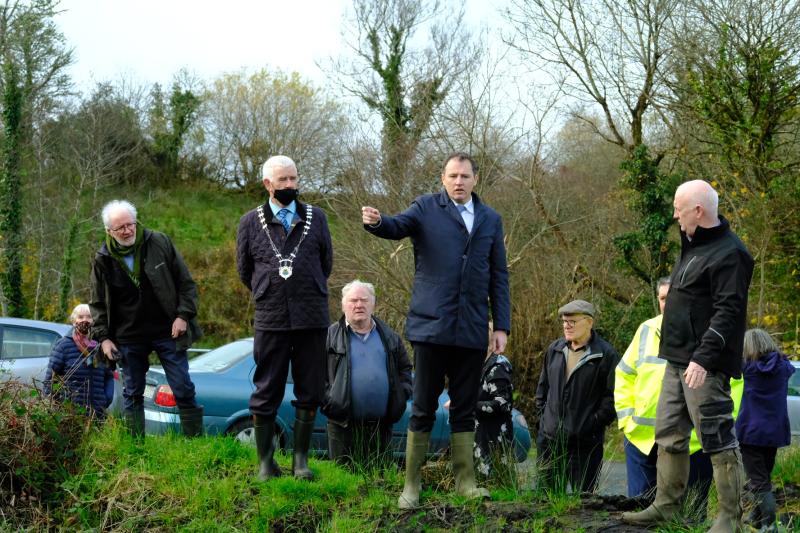 Minister for Agriculture, Food and the Marine Charlie McConalogue and Minister of State for Heritage and Electoral Reform Malcolm Noonan have met with landowners affected by the bog slide in Drumkeerin.

Over 20 farmers and landowners have been impacted by the landslide, which occurred in June 2020. A multi agency working group was established in the wake of the bog slide with the aim of working to support those affected.

Ministers McConalogue and Noonan, as well as members of their respective Departments and agencies, gathered in Drumkeerin on Friday, November 19, to engage again with landowners and provide an update on the progress of the working group. 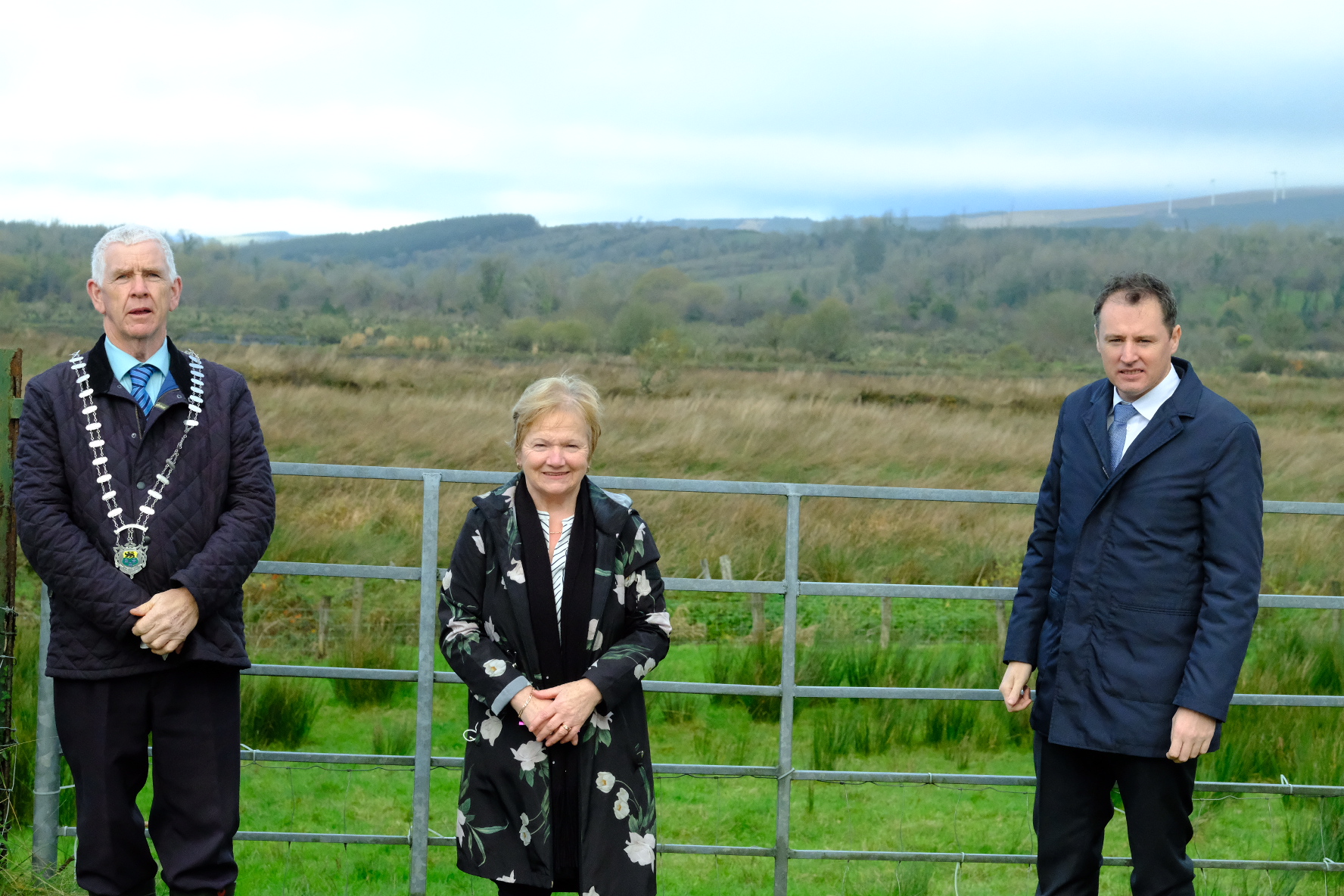 Addressing the landowners present, Minister McConalogue confirmed that he is working with the Department of Public Expenditure and Reform to put in place a support package for those affected. He said talks were at an early stage but he would have an update in the coming weeks.

“It was very useful to visit Drumkeerin to see first-hand the impact the devastating bog slide has had on the farm families and landowners in the region,” he said.

Minister McConalogue said he has written to the Minister for Public Expenditure seeking to put in place a package that will help those impacted by this devastation and commended the work of the multi-agency group set up in the wake of the bog slide as well as paying tribute to the work of Leitrim County Council too.

“I also confirmed to the farmers that I would seek to ensure that force majeure regarding their payments would continue in 2022 just as it has in 2020 and 2021,” he noted.

Minister Noonan, said, “I think we can turn this into a positive story, one where we can inform ourselves on best practice in land use, implement locally-led schemes that will reward farmers for enhancing biodiversity and, critically, we have set a good template for inter-agency collaboration in responding to events of this nature, which may unfortunately become more frequent. We will continue our work with the inter-agency group for as long as we are needed.”

Bláíthín Gallagher, National Coordinator and Constituency Spokesperson for the Green Party said, “I am very grateful to Minister Malcolm Noonan of the Green Party for personally taking the issue of the bogslide at Shaas Mountain in hand and for establishing and leading the interagency group. 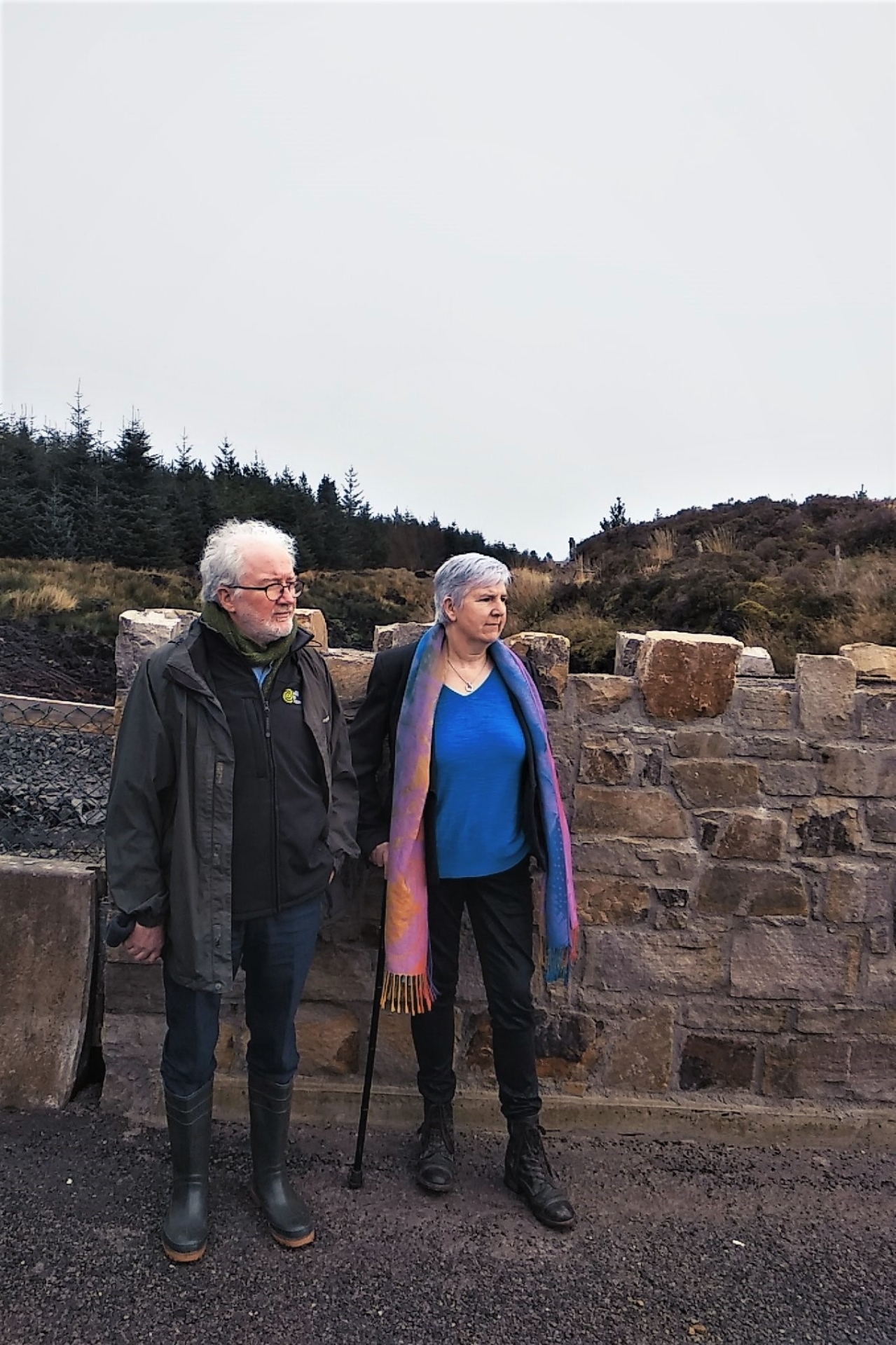 “Minister Noonan has ensured that the voice of the land owners has been heard, through the minister speaking directly with the landowners and through the various groups supporting landowners, who attended the interagency meetings.

“The damage and devastation caused by this and other bogslides has severely disrupted the life and work of local land owners.”

“The interagency group that was established in its wake, has not only addressed the individual needs of the land owners but will also share the lessons learned from this event for the development of future practices, to reduce the risk of a repetition of such an event.

“We must insist that full regard is given to the placement of forests, the types of trees being planted and the placement of wind turbines and wind farms for the future. In order to protect our environment and our biodiversity, a future- proofed, scientific, and holistic environmental assessment must be carried out for all such alien activities in our landscape. Such an assessment must address both short and long term scenarios.”