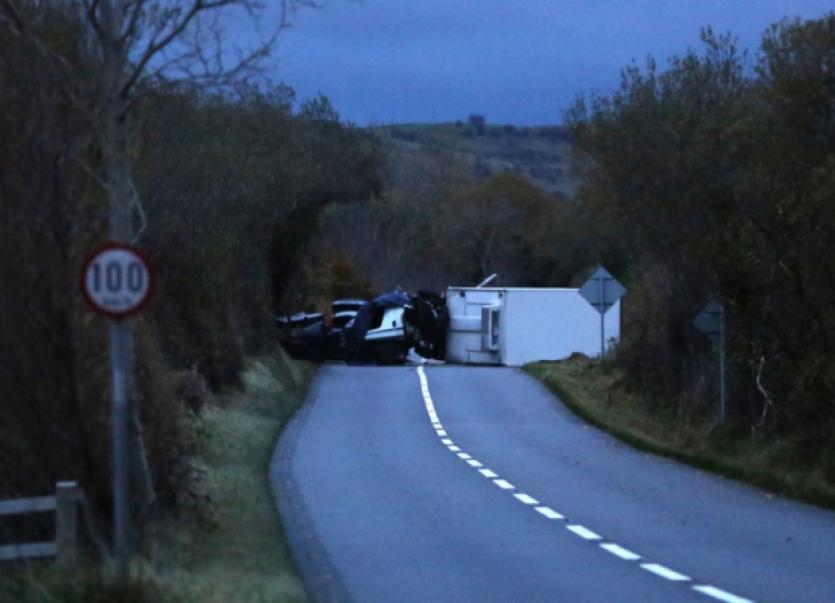 A man died and seven others were injured following a four-vehicle crash in north Leitrim last week.

A man died and seven others were injured following a four-vehicle crash in north Leitrim last week.

The incident took place just after 10am on Thursday, October 30 on the N16 near Diffreen, Manorhamilton.

The deceased man, aged in his 40s, was rushed to Sligo Regional Hospital with serious injuries but was later pronounced dead.

The injuries of the seven others are not believed to be life-threatening. All were taken to hospital.

Three cars and one rigid-bodied lorry was involved in the crash.

Three people were taken to hospital following a melee in the Townspark area of Carrick-on-Shannon in the early hours of Sunday morning.

The incident is thought to have occurred as people left a nightclub. A fight broke out involving a number of people and three people were taken to hospital for treatment, although their injuries are not thought to be serious.

Gardai are now examining CCTV footage from the area and are appealing for anyone with information to contact them on (071) 9620021.

A man in his 50s has drowned during a day out fishing on Lough Key near Boyle.

The man, in his 50s and reportedly from the local area, was fishing on the lake when his family became concerned about his whereabouts.

A search was launched and his body was recovered from Lough Key at 9pm on Saturday night last.

Gardai are treating the matter as a tragic accident.

Two local women had a lucky escape when the vehicle in which they were travelling struck a wall in Carrick-on-Shannon last week.

The incident happened on the morning of Thursday, October 30.

The car had been exiting the Marymount area of the county town at the time when it crossed the Dublin Road and demolished part of a nearby stone wall.

Traffic had to be diverted for a time while the vehicle was removed.