What Would Daniel Do? 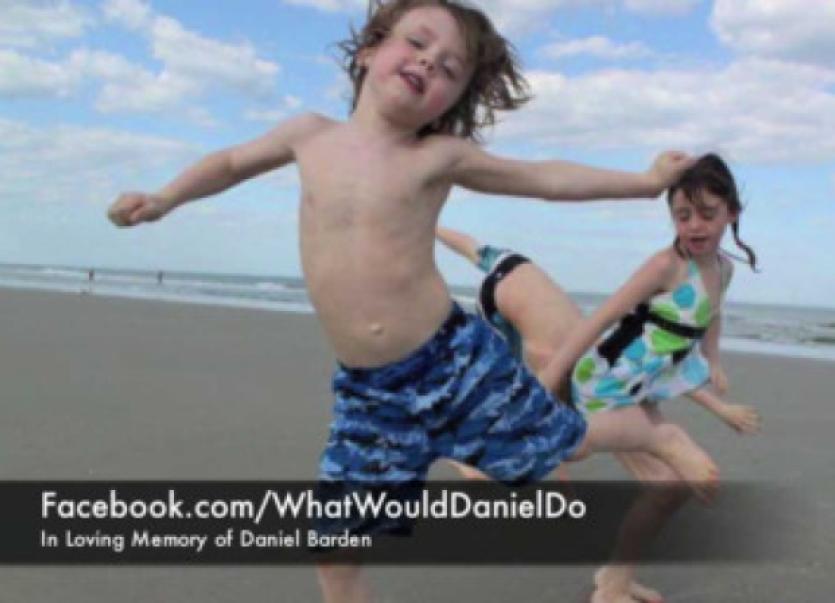 It was a story which sent shockwaves around the world - the senseless murder of 20 innocent children and six adults at Sandy Hook Elementary School on December 14, 2012, in Newtown, Connecticut, USA.

It was a story which sent shockwaves around the world - the senseless murder of 20 innocent children and six adults at Sandy Hook Elementary School on December 14, 2012, in Newtown, Connecticut, USA.

In the days that followed stories of terrible loss, incredible bravery and selflessness emerged, eclipsing the actions of the 20-year-old shooter, Adam Lanza.

The cherished school photos published afterwards showing the smiling faces of students, such as Daniel Barden (7), whose grandfather Martin Giblin, hails from Dromahair, brought home to everyone what the true cost of this tragedy was. This was senseless violence at its very worst.

But, determined that Daniel’s memory would not be one solely based on that hate-filled day, the extended Barden family have dedicated themselves to bringing something positive out of their terrible loss.

Daniel’s parents Mark and Jackie and their two older children, James and Natalie, have worked to make sure their loss is not something others should ever experience.

Mark has been a part of Sandy Hook Promise, the grass roots organization that parents formed after the shooting. Mark has travelled around America to talk about lessening gun violence and improving mental health care.

He has also helped to promote ‘Parent Together’, a group aimed at finding solutions together about gun safety.

But it’s the moving Facebook page that the Bardens’ niece, Jackie Pickett, started after Daniel died – WWDD: What Would Daniel Do – and which promotes Daniel-like acts of kindness, that has given the Barden’s the most hope.

The facebook page arose after a close family member found herself repeating a mantra of What Would Daniel Do? in the wake of his death, she felt she had to do something to “spread the light and kindness Daniel had so wanted to share with the world” and the facebook page was born.

The page has already gathered over 46,000 likes since it was founded. It shares not only memories of Daniel and beautiful images of a young boy so full of life, love and laughter, it also urges us to follow the example of Daniel and live every day to its fullest, reaching out to others who appear lonely, performing acts of kindness and showing compassion to others in all that you do.

The facebook page has also led to a website www.whatwoulddanieldo.com which acts as a tribute to not just Daniel, but all the victims of the Sand Hook Elementary School shootings.

Explaining the impetus behind the website, Daniel’s Story recalls how Daniel “always made an effort to make other children around him feel accepted” and shares precious memories of a “sweet little boy who had so much love to give”.

“What Would Daniel Do is a family endorsed effort that pays tribute to Daniel’s life and honours his memory with the goal of inspiring others to share his kindness, compassion, selflessness, gratitude and appreciation for life,” encouraging people to “take its message to heart” and make one small act of kindness each day in honour of not just Daniel, but everyone who died at Sandy Hook Elementary School.

Based on its success, the Barden’s are creating a WWDD-inspired foundation, which will offer acts-of-kindness programmes in schools and communities.

A number of fundraising initiatives have also been organised in memory of Daniel and the other victims.

You are invited to visit the facebook site at www.facebook.com/WhatWouldDanielDo or the website www.whatwoulddanieldo.com and help spread a positive message in memory of Daniel, his classmates and teachers.