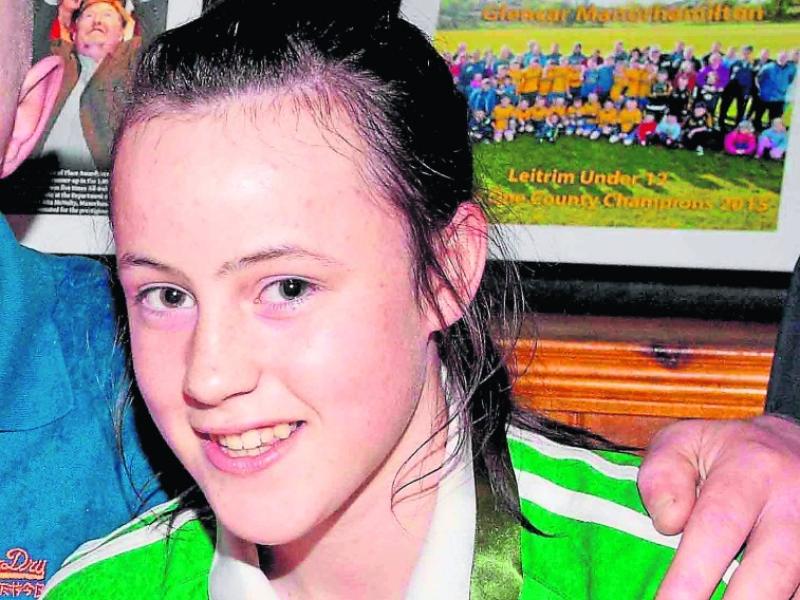 In her semi-final bout, also in the National Stadium on Saturday, Preston scored a clear-cut 5-0 win when overcoming the challenge of Wicklow’s Enniskerry Boxing Club’s Abbie Doyle.

Meanwhile Dearbhla Rooney had to fight an Irish Athletic Boxing Association quarter-final bout on Friday night last to make it in Saturday’s final. In her quarter-final contest, Dearbhla impressively seen off the challenge of Donegal’s Dunfanaghy BC’s Ciara Craig when winning on a 5-0 score line.

This Friday night’s U18 Girl’s finals in the National Stadium will get underway at 6.30pm with the 48kg bout in which Enniskerry BC’s Daina Morehouse will fight Ciara Brien St. David’s BC, Nass Co. Kildare.

Prior to Dearbhla Rooney’s 57kg final with Ellie Preston, there will be five other U18 Girl’s Irish Athletic Boxing Association decider fights on Friday night’s programme while after Dearbhla’s contest is over, a further fourteen additional title fights will take place.

Meanwhile when Dearbhla’s fight is over on Friday night all the Seán McDermott Boxing Club mentors and members, as well as everyone her native Mullies parish in particular, will be hoping that Ms. Rooney will be crowned as Irish champion for a fifth time.

Seán McDermott Boxing Club’s Damien O’Boyle was an impressive winner of the intermediate heavyweight bout at the weekend after he journeyed to Cookstown Co. Tyrone for the Mark Heagney Boxing Club Tournament.

Sunday’s Seán McDermott Boxing Club promoted tournament in the Bee Park Community Centre featured no less that 30 bouts during what was a great afternoon’s boxing action in Manorhamilton.

Fighters from Ratoath BC Co. Meath, Dunboyne BC Co. Meath, Illies BC Buncrana Co. Donegal, Monivea BC Co. Galway, Dromahair BC and Seán McDermott BC participated in the successful tournament.

Afterwards legendary Seán McDermott BC Coach John Gilligan said he “was very happy with all the valuable experiences that his young boxers gained during the tournament.”