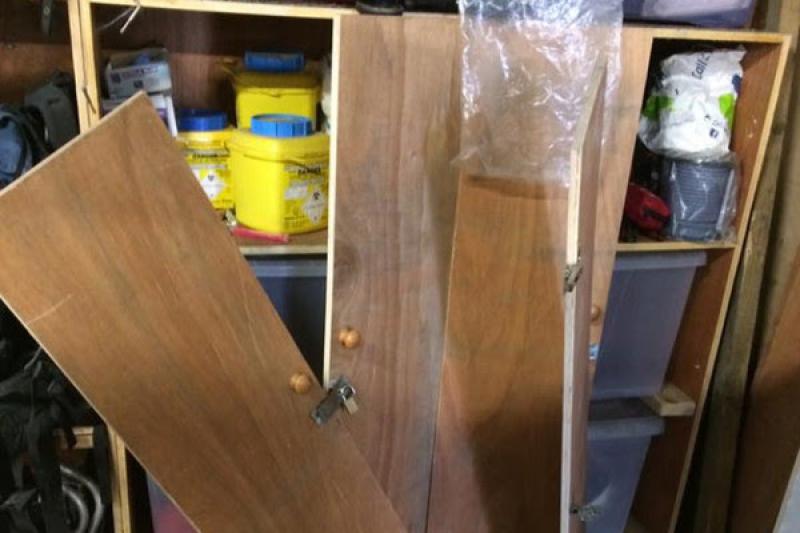 The damage caused by the thieves.

Gardai in Sligo have recovered vital equipment worth thousands that was stolen from the Sligo Leitrim Mountain Rescue Team last week.

According to Joe.ie two men have been arrested following the seizure.

A spokesperson from the garda press office said officers carried out an extensive search of a property in Sligo yesterday morning.

Following the search two men were arrested and taken to Ballymote Garda station for questioning.

“A number of items were seized. Two males were arrested under Section 4 and taken to Ballymote Garda Station. Investigations are on-going.”

The Sligo Leitrim Mountain Rescue Team (SLMRT) posted its thanks on social media this morning.

“This morning at 10am we were informed by An Garda Siochana Sligo that property belonging Sligo Leitrim Mountain Rescue was recovered overnight. SLMRT welcomes the news. Any equipment recovered will be subject to a full inspection to ensure compliance with health and safety.

"SLMRT wishes to again thank the diligent work of our friends at An Garda Siochana, Sligo. In addition we would like to thank the overwhelming contribution of the Sligo & Leitrim communities and all those who have supported us both nationally and internationally throughout this incident. This is still part of an ongoing investigation and further update will be issued as we get them.”

This was the second incident of its kind in the west of Ireland in a matter of weeks.