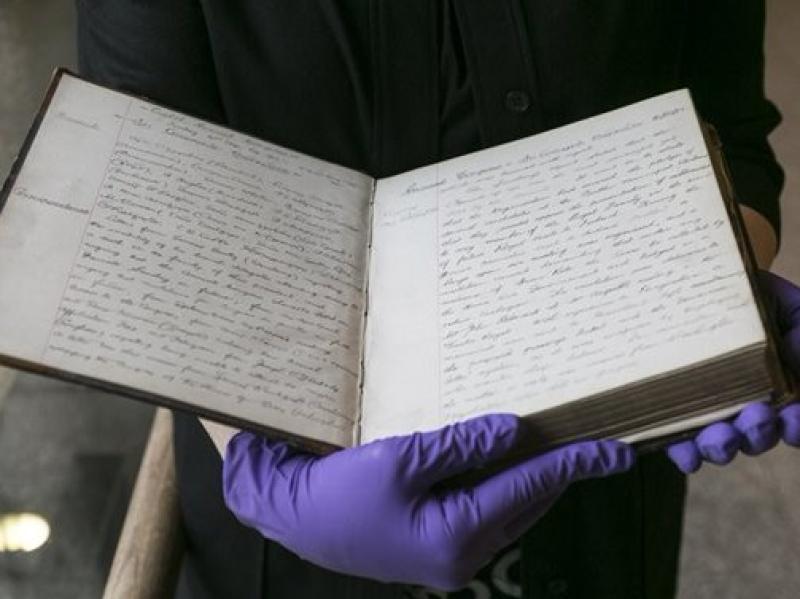 A series of letters written by the 1916 leader Seán Mac Diarmada to Josephine ‘Min’ Ryan has been donated to the National Museum of Ireland - Decorative Arts & History, Collins Barracks, Dublin 7.

The Mulcahy Collection features 22 letters from Mac Diarmada to Min Ryan, dating between March 1915 and April 1916, and also includes some minute books from Sinn Féin meetings between 1912 and 1922.

Members of the Mulcahy family were at the Museum yesterday (Thursday, April 12) for the official donation ceremony, with Raghnall Ó Floinn, Director, National Museum of Ireland, Dr. Audrey Whitty, Keeper of the Art & Industrial Division and Sandra Heise, Curator.

Speaking at the donation ceremony, Mr Ó Floinn said the National Museum of Ireland is “privileged to become the custodian of these documents which add significantly to our holdings of the revolutionary decade between 1912 and 1923”.

“They were acquired under Section 1003 of the Taxes Consolidation Act 1997, the tax relief available in respect of important national heritage items donated to the national collections,” he outlined.

Seán Mac Diarmada, born in Kiltyclogher, Co Leitrim in 1884, joined the IRB in 1906 and later became treasurer of its Supreme Council. He organised the IRB publication Irish Freedom and was involved in organising the Irish Volunteers. He was a member of the Gaelic League, Sinn Féin and the Gaelic Athletic Association.

Despite previously suffering from polio, he fought in the GPO in 1916 and was executed on May 12 that year.

The Mulcahy Collection provides a rare insight into Mac Diarmada’s relationship with Min Ryan, whom he referred to as “Miss Ryan, she who in all probability, had I lived, would have been my wife”.

The collection also includes a letter from Major William Lennon at Kilmainham Gaol, informing Min Ryan that she and her sister, Phyllis, would be permitted to visit Mac Diarmada on the evening of his execution. 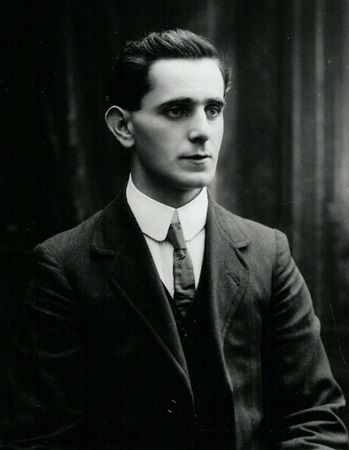 The body of correspondence provides a rare insight into Mac Diarmada’s thinking and the extent of his recruitment efforts.

The Sinn Féin minute books contain items of high historical interest. The first, covering the years 1912 to 1913, contains minutes of ‘An Comhairle Náisiúnta’ and of other general committee meetings. They include handwritten notes added by Arthur Griffith and Countess Markievicz.

The other minute books, covering the period from 1918 to 1919 and 1919 to 1922 respectively, are similarly interesting in terms of the immediacy of suggestions made and decisions taken at the time.