Victims of suicide remembered in Manorhamilton as Tree of Hope unveiled 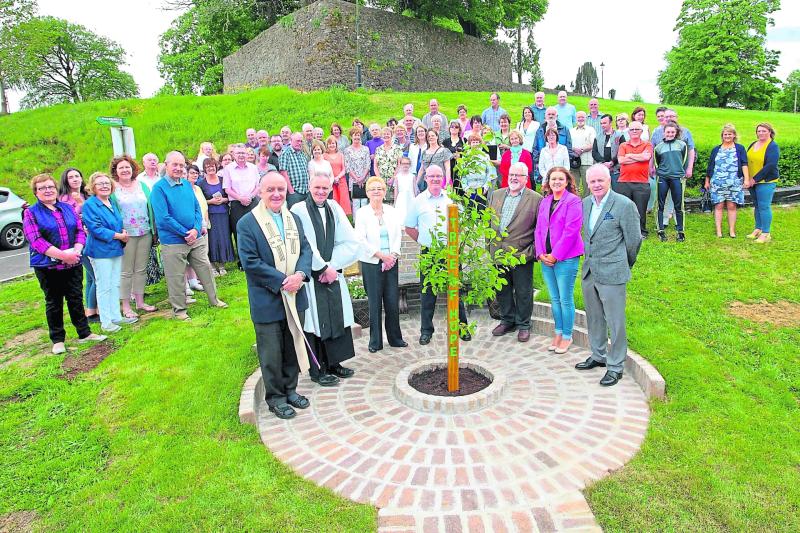 A Tree of Hope was planted in Manorhamilton on Sunday last as part of a nationwide movement to provide a place of comfort for those effected by depression & where survivors can memorialise loved ones.

Following a moving ecumenical religious service Manorhamilton’s Tree of Hope was unveiled on Sunday afternoon at the edge of the St. Clare’s Church car park, beside the green area at the Star Fort.

The planting of the Tree of Hope and building of its ornate surrounds with seating has been arranged by the Manorhamilton Tidy Towns Committee, who has been assisted in the project by many organisations and other volunteers.

On Sunday, STOP Counsellor Dermot Lahiff spoke about his organisation’s work in combating suicide. Kieran Ryan also addressed all assembled on behalf of the local St. Vincent de Paul branch and how in its work it is available to help out people, who may find themselves suicidal.

Manorhamilton Tidy Towns Committee’s Margaret Connolly spoke on its role in the provision of the Tree of Hope and thanked all who assisted the Committee with the many aspects of the project entailed.

Have you been impacted by issues raised in this story?