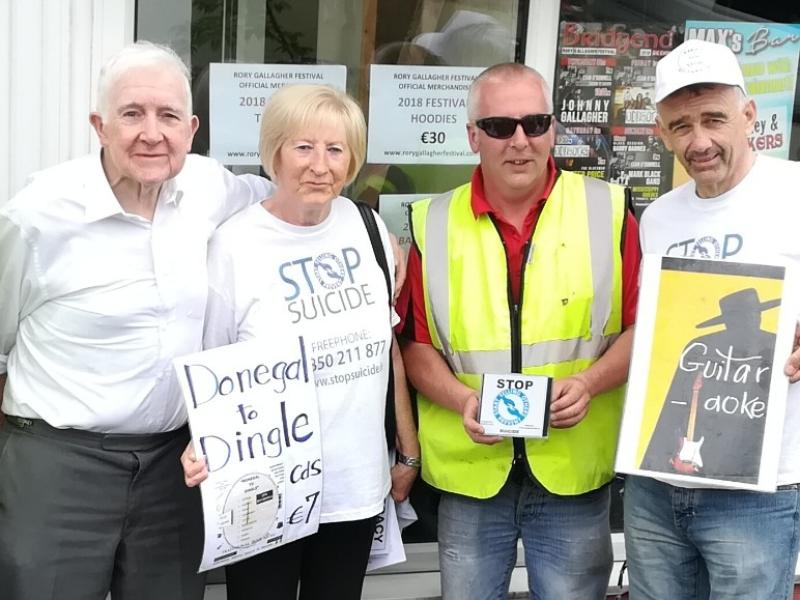 In keeping with the Irish Government's 'Connecting for Life' initiative 2015-2020 to address the mental health issues in Ireland, Manorhamilton retailers have collaborated with many generous musicians from Donegal to Dingle to start a 'Do Something' campaign.

The initiative is the brainwave of Gerald Cosgrove and he along with a talented cohort of musicians from all along the west coast of the country have launched the campaign in order to help raise awareness and funds for the North West Mental Health Service 'Stop Suicide' which is based in the Bee Park Resource Centre, Manorhamilton.

The musicians have released a cd which is being sold locally having previously been bucket collecting at music festivals when they began what they dubbed the 'Start for Stop' campaign, playing their hearts out for free in order to raise funds and to help stop suicide.

The 'Donegal to Dingle' traditional Irish music cd was launched recently by the Chairman of Donegal Comhaltas, Danny Carron at the Rory Gallagher International Music Festival in Ballyshannon.

The cd is now on sale in the following local outlets and all proceeds from the sale of the cd will go to 'Stop Suicide', Manorhamilton.