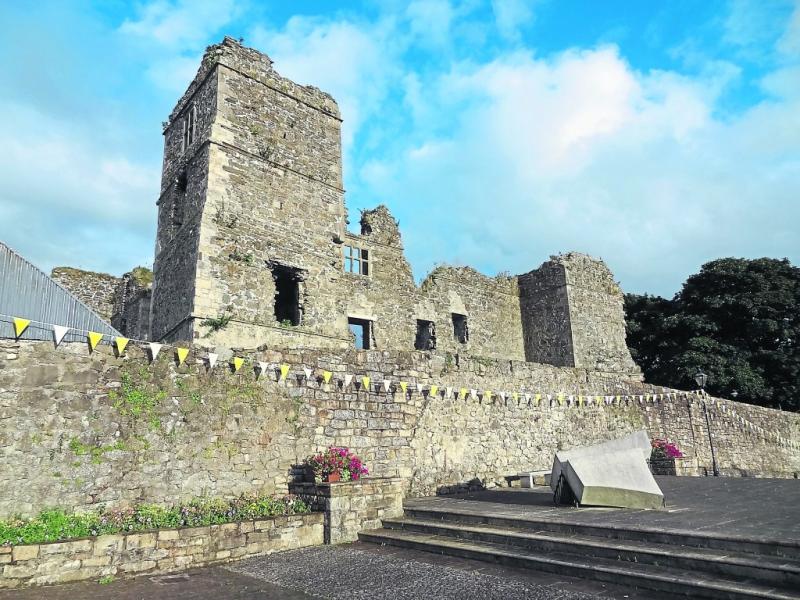 Manorhamilton native and local historian, Mountbellew based Dominic Rooney delivered an outstanding lecture on eighteen highly distinguished former residents of the town and its surrounds when he spoke at a well attended event in the Castle Marquee on Monday night, August 20.

In his lecture Dominic remarked that nearly all of his notable former Manorhamilton residents had to leave the area and travel far away to make their massive contributions in national and international places.

Viscount Boyne, namely Gustavus Hamilton (1643-1723) was a son of Sir Frederick Hamilton, Manorhamilton’s founder. He had a distinguished British Army military career and was an MP for Donegal in the Irish House of Commons.

Lurganboy born Lieutenant General Owen Wynne II 1643-1737 had a notable British Army career during many campaigns in Ireland and abroad including in Flanders. He represented Ballyshannon in the Irish Parliament from 1715 to 1727.

Castlecar Glencar born Viscount Owen O’Rourke 1670-1743, who took the Jacobite side after the dismissal of King James II in 1688 and his replacement by William of Orange, was King James III & VIII ambassador to the Imperial Court at Vienna and was known as Viscount of Breffney (Breifne).
Larkfield born Field Marshal John Count O’Donnell 1712-1784 served with distinction in the Imperial Army of Austria. He was promoted Colonel in 1757 after having fought with distinction at the battle of Kollin in the present-day Czech Republic.

Field Marshall John Count O’Donnell’s brother, Field Marshal Connell (Karl) Count O’Donnell 1715-1771 was the greatest of the O’Donnells of Larkfield that served in the Imperial Army of Austria. For his bravery in eighteen battles he was decorated with the Military Order of Maria Theresa (Austrian Emperor) in 1761.

Killargue born Fr. Stephen McTiernan 1810-1906 played leading roles in a number of Irish nationalist causes of the 19th century including the Gaelic League and the Irish Co-Operative Movement. He was Parish Priest of Killasnett and is buried in the Church of the Annunciation Mullies Churchyard.

John Willoughby Crawford 1817-1875, who was baptised in Manorhamilton Church of Ireland and probably born in the Glenboy area, had a distinguished business, legal and political career in Canada. He was Lieutenant-Governor of the Canadian Province of Ontario in 1873.

Elizabeth Pratt Greatorex 1819-1997, whose father was a Methodist minister, was born in St. Patrick’s Terrace (Tea Pot Lane) Manorhamilton. After she left her native Manorhamilton to live in the USA, Elizabeth became one of America’s leading landscape painters.

Foxfield Manorhamilton born Private Charles Irwin 1825-1873 is the only Leitrim man ever to receive the British Army’s highest award for bravery, namely the Victoria Cross. He was awarded this honour for his courage during Indian Mutiny at the Battle of Lucknow in which he received a bullet wound to his shoulder on November 16, 1857.

Meanwhile a copy of Dominic Rooney’s lecture on Notable Manorhamilton People is available for viewing by all who drop into the Castle Café and Museum when it is open each day.