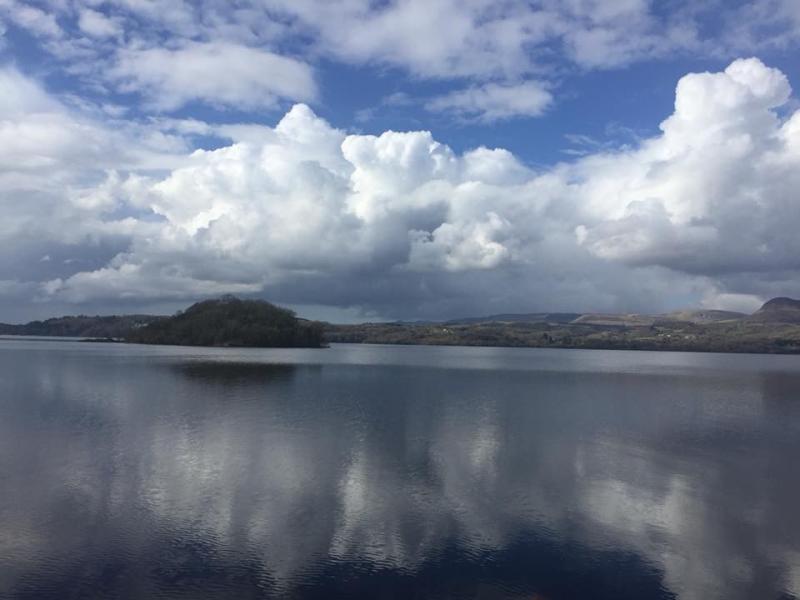 Councillors were unsettled to hear that Glenade and Lough Gill which is the source of drinking water for much of North Leitrim has been deemed of poor quality.

They outlined the types of fish in each lake and the work the Inland Fisheries do in helping to maintain water quality and fish habitats. But there was disappointment when the ladies said they would not be answering questions and will take back any questions to management.

Cllr Justin Warnock was unhappy “there is no one here to answer questions.” He said he wanted to know about fish stocks and why salmon used to be caught minutes after the Drowes open and now it could take a month.

He said “in Lough Melvin the chars are nearly extinct.”

Cllr Mary Bohan was the first to ask about the impact of afforestation and if the group can halt forestries close to lakes. The officers said they make recommendations and guidelines, but they do not have to be adhered.

Cllr Warnock said he is involved with Save Leitrim and they have reviewed the last 40 objections to planning and “not one of them is from Inland Fisheries.” He also noted the “insecticide Cypermethrin chemical being processed to kill the pine weevil” and commented “this is devastating to aquatic life.”

He said he is still awaiting the report on the fish stock in Lough Melvin which takes 2-3 years. The other councillors also noted the low fish stock.

Water disruption in the Dromod area of Leitrim today