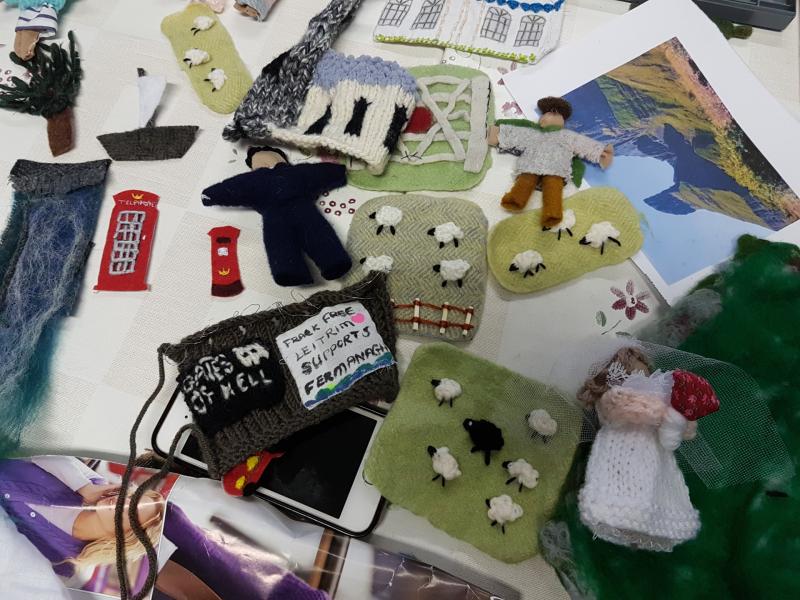 Sheep, marquees and anti-fracking posters will be dotted around the soft border Leitrim - Fermanagh tapestry

As the UK and EU battle it out over hard borders, tariffs and movement, the women of Leitrim and Fermanagh are busy creating a soft border tapestry of the villages along the invisible map line of the two counties.

Women along The Border is an outreach programme funded by Peace IV and Leitrim County Council to help foster cross community involvement in Leitrim and Fermanagh.
With workshops in Kinlough, Rossinver, Kiltyclogher, Glenfarne, Belcoo, Cashel and Garrison they are creating a tapestry of their border villages and lives. 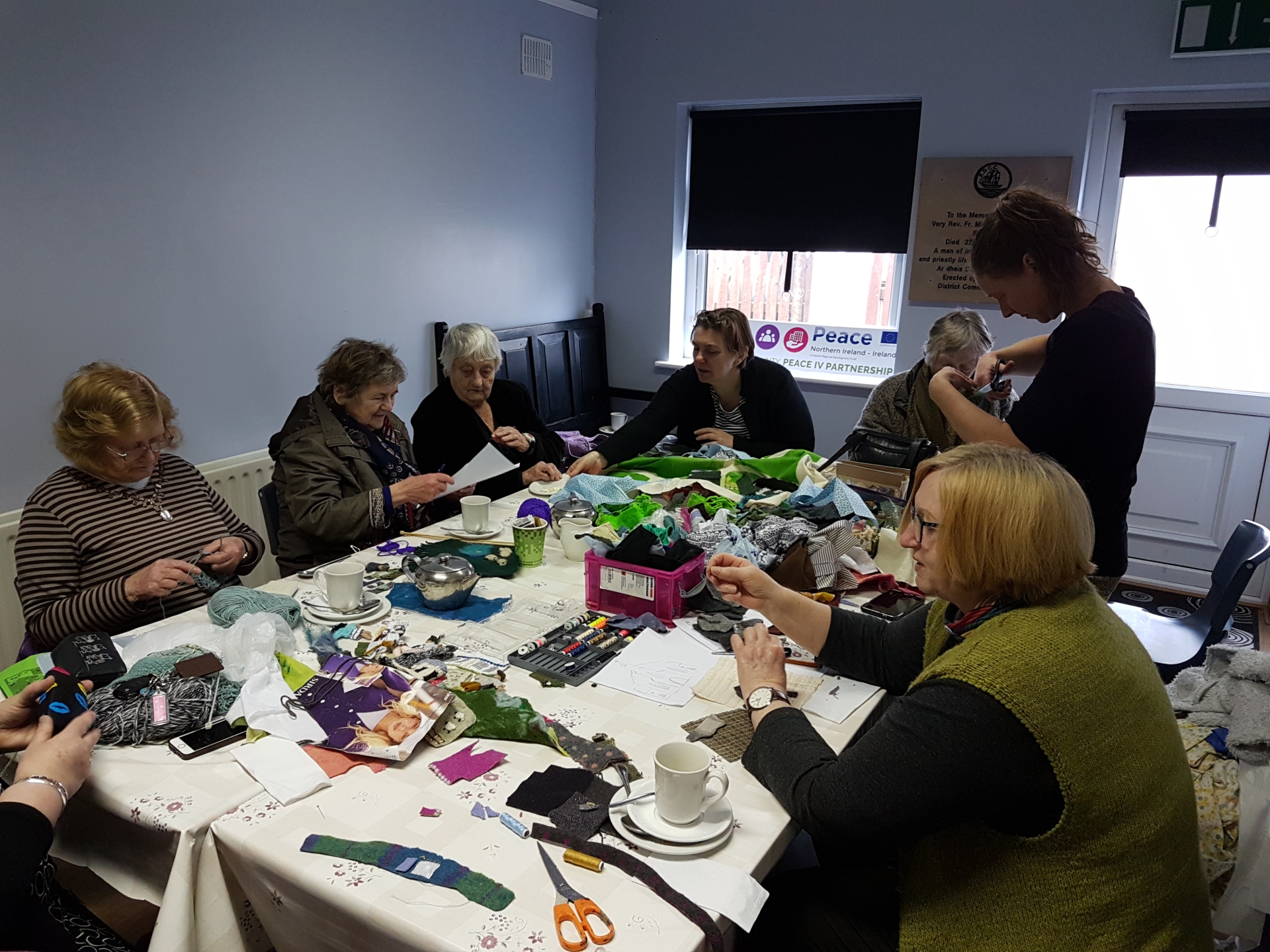 The idea for this project came from Roberta Bacic's talk on the power of the needle and thread. She told them how Chilean women created arpilleras to tell stories and provide information on their war situation to the outside world.
Facilitator Isobel Cleary says the women involved here are putting together a tapestry which includes geographical features, man made structures along with what is important to them, whether it be historical or present. The stunning map uses felt, knitting, needlecraft, embroidery, crocheting and screen printing.
Some women come equipped with the necessary skills, while others learn or -relearn the sewing skills as part of the workshops.

Each village is created locally and at the end they will be sewn together to give a very personal view of the border.
Isobel said the workshops are more than sewing, they are about talking, getting to know each other and listening to the village stories.

Kinlough's Muriel Kerr is one standout storyteller, she tells me she has lived “across the road” her whole life. She talks about how Kinlough has changed and exploded with population, “I don't know them, but they are getting involved in the community.”
Muriel said she has lived her life close to Northern Ireland and she is concerned that the small border roads would close with Brexit.
“When they were closed, we used to have to leave the car and walk for miles to get across the border,” she remembers. She laughs: “Kinlough was a hub for smuggling” and around 16 gardai were stationed in the village during the troubles.
Living so close to Bundoran, Muriel admits: “I wouldn't know anyone from Manorhamilton,” she has always looked to Donegal for her social entertainment.
Muriel has been a member of the ICA for 50 years but it is the cross border Choir of Ages which has brought her the most joy: “I got to sing for the Pope and meet Daniel O'Donnell.” 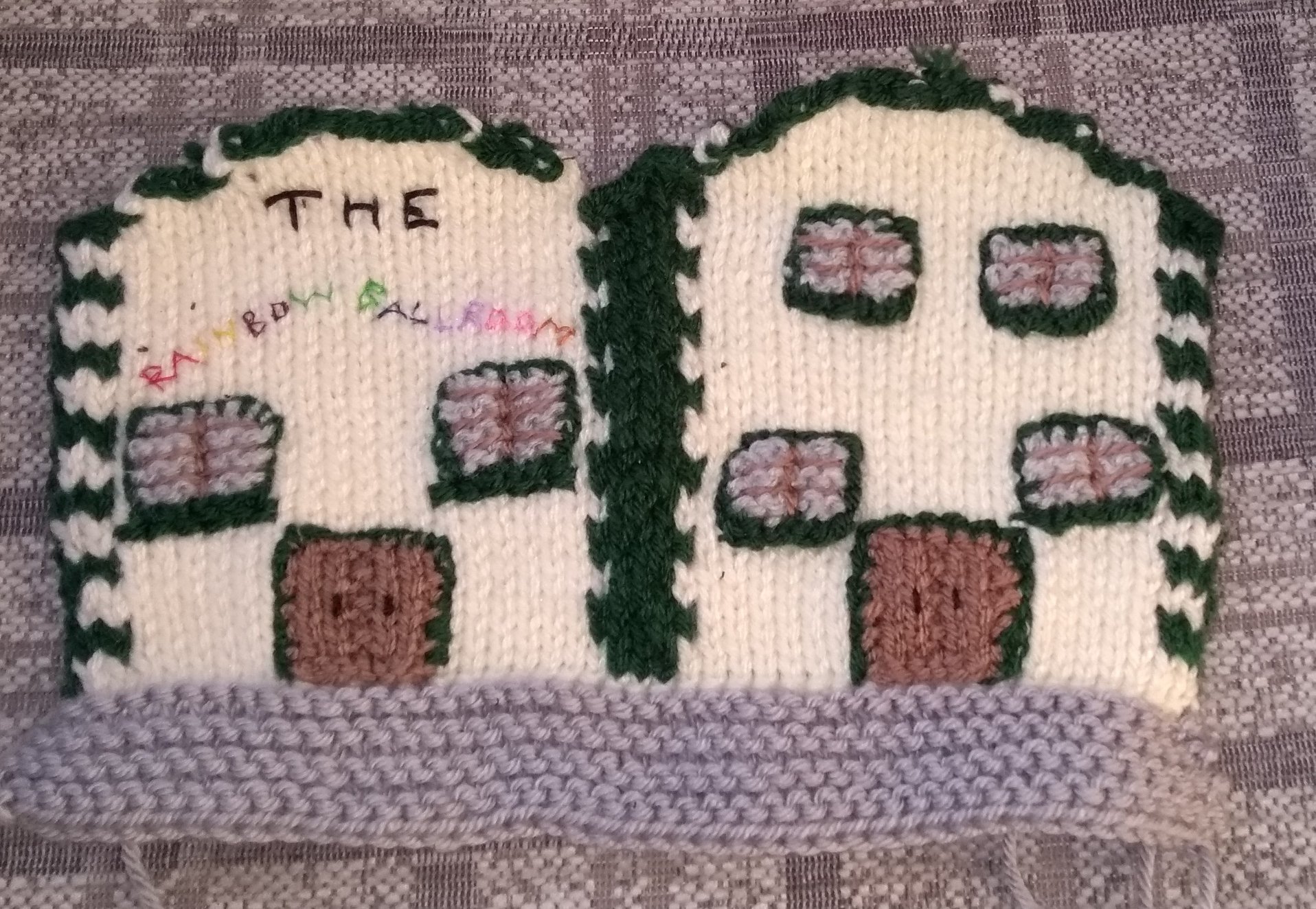 Pat Slevin who is a native of Dromore, Co Tyrone has made her home in Kinlough.
She left Northern Ireland for Cork during the troubles and came to settle in Kinlough in 2004 after she retired so she could be close to her family in the north, but still remain in the Republic.
She told the paper she is “sad they (UK) are leaving Europe” and added “it might not be that sunny for them.”
Her family visit her regularly and she said they are “scared of the uncertainty.”
Pat loves Kinlough and says “it has everything you could need.”

Beate Brosi is a German native who emigrated to Ireland in the 1980s. She said a number of German's moved to north Leitrim at that time because an auctioneer had advertised cheap homes in German newspapers.
She said creative minded people were drawn to the area thanks to the Leitrim Sculpture Centre and The Glens Centre.
The workshops will continue until the tapestry is complete and put on display.