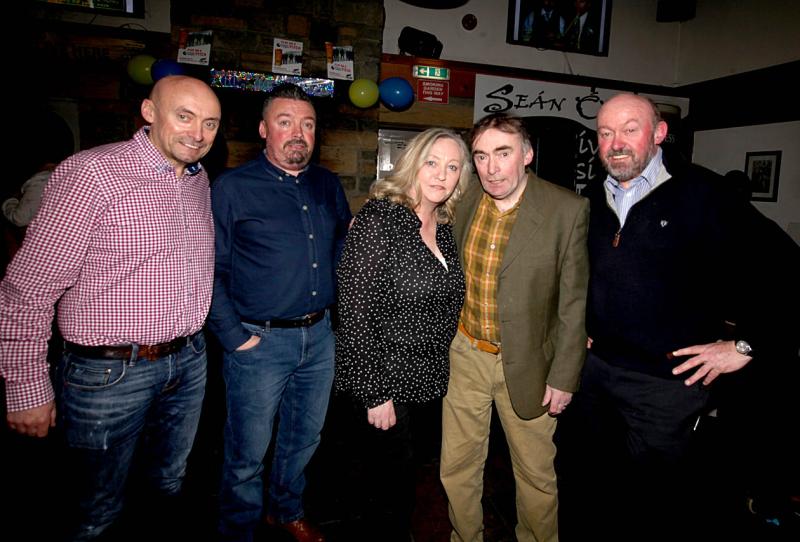 Gerry McLaughlin, Clyhore, Ballyshannon (2nd from right) pictured in May 2018 on the occasion of his 60th birthday with his sister Catherine, brothers l-r; Maurice, Martin and Liam.

Local Legends, a book with 82 interviews with people from all walks of life in along the Fermanagh/ Leitrim border is due to be launched next month in Rockfield Community Centre.

The interviews were conducted by local reporter Gerry McLaughlin in a period from August 2015 to April 2017 and has the following local interviewees who come from all walks of life and shared their unique stories:

All proceeds will go to Rockfield Community Centre which is located on the site of the old school where the late great Frank O’Donnell taught for many years.
A date for the launch of the new book will be confirmed shortly.