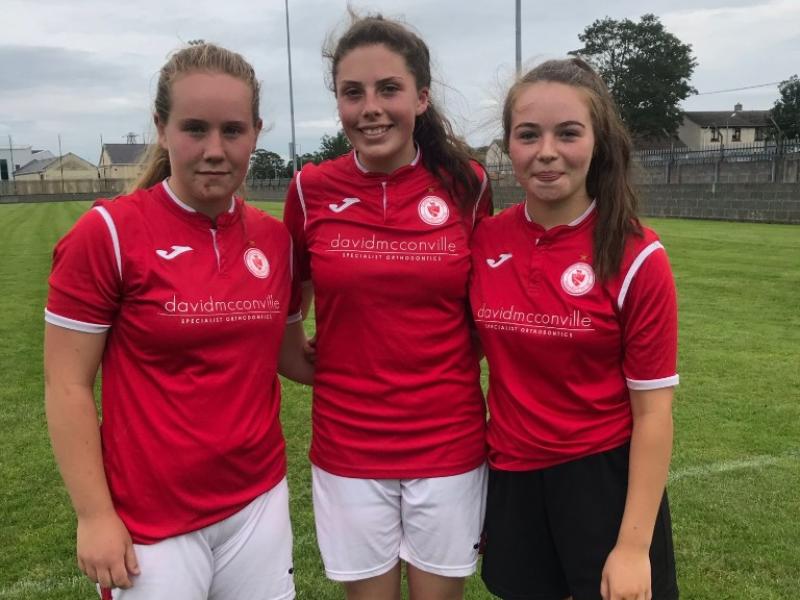 Manorhamilton's Muireann Devaney is one of three Sligo Rovers U17 players, along with Sarah Kiernan and Emer O’Neill who have been called up to the Ireland squad for friendlies against Belgium in Brussels.

The Bit O’Red girls are enjoying a fantastic season so far, having reached the top half of the split. They were unfortunately defeated 5-2 by Cork at MacSharry Park on Saturday afternoon.

Sligo Rovers head-coach Darragh Healy said: "It's great for the girls to get recognition. It's great experience for them and the three of them are well capable of playing at that level and doing well for themselves.”

Reacting to news of her call-up Muireann said: "It's a great honour when you're called to put on the green jersey. When you have friends coming with you from Sligo Rovers it makes it that bit more fun.

"When I've been in squads before they've been for development tournaments, so it's a greater honour this time that it's competitive football. It's where you want to be at this time of the year. Everybody at Sligo Rovers have helped to make it happen.

"My family have been great. Every time they get that email they come home from work with a smile on their face. It's all down to them with all their hard work bringing me to training and matches, they never say no.

"It's always a help when you're going away with people you know and you're not counting on making new friends. When you know each other you look out for one another when you're playing.

"Today was disappointing but I'm really enjoying my time at Sligo Rovers. Darragh and all the staff do everything they can to help us and make us as good as they can."