My Leitrim Life: Manorhamilton businessman, Oliver Haslette talks about the stunning beauty of his native Leitrim

Oliver Haslette grew up in Manorhamilton where he established the hugely successful Merenda Limited. Oliver is also known for his involvement in the development of the area and the historical society. 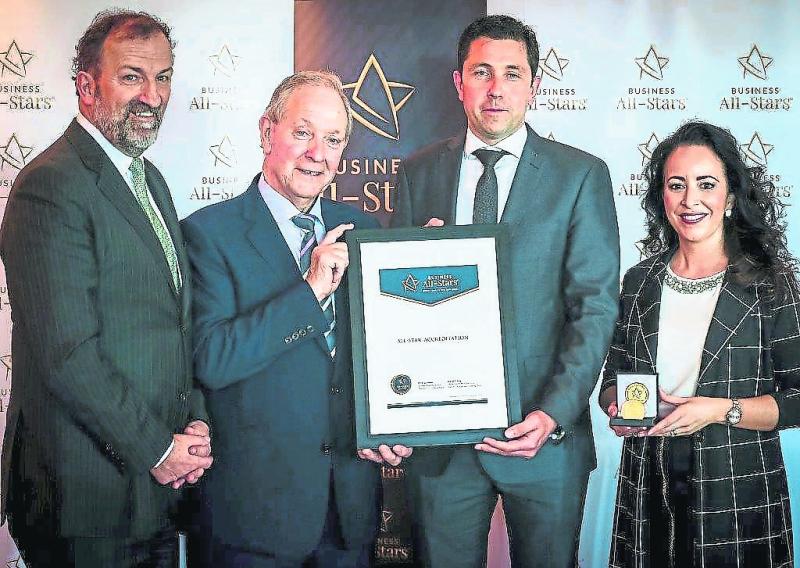 What's your idea of a perfect day, or perfect weekend in Leitrim?
A perfect day in Leitrim is the day that you are free to identify with its wonderful hills and valleys and are able to get out there and fully enjoy what they have to offer.
In most cases very little has changed over the years and vast areas of natural beauty are still there for all to absorb and enjoy.
In my viewthis area is, as good, if not better, than many others in Ireland and with a promotional element which, regrettably, has never been properly exploited.
In the north of the county, Glenade, Gleniff, Glencar, Glenaniff, Glenfarne, and more invite all who wish to take in from the floor of the valleys or the tops of the mountains, the space, the freedom, and the fresh air. Bloody marvellous.

Who has made the greatest contribution to Leitrim in your lifetime - and why?
A man to be remembered - Joe Mooney from Drumshanbo. Joe was a man who could passionately see that Leitrim had been traditionally and continuously shortchanged as an Irish county and he did his best to rectify that serious circumstance.
As a politician his major focus was to try and change this, and to lift the county's profile for the better.He did succeed in a number of ways and certainly Drumshanbo has benefitted greatly from his efforts and that town needs to be very proud of him. RIP.

What's your first Leitrim memory?
My mother.....and those early years as a small boy, playing in the shadow of Hamilton's Castle.
That memory still remains today, fondest of all principally and sadly because she died when I was only ten years old.

What's your favourite part of the county - and why?
Glencar Lake and Waterfall and all its surrounding area.
This is a part of Leitrim which has a form of magic attached to it and makes an impact that is not forgotten, not purely for its beauty but for the tranquility it can confer.
On one occasion, I took some Middle Eastern customers of ours to visit it while they were with us and it had such an impact on them, they wished to know if they could buy it!!
Today it has over one hundred thousand visitors per year.

What do you think gives Leitrim its unique identity?
This is a question that could have varied answers in either a positive or a negative way for anybody who knows it.
But for me, I would say its ability to maintain the label of the poorest county with the lowest population in Ireland has to be a unique identity.
It has been on the bottom of the heap in that respect for as long as I can remember.
Its inability all down the years to take the right action and to explain why it has failed,so badly, to exploit the incredible riches it possess within its boundaries , is hard to understand. The political strength to rock the right boat remains sadly lacking and the impact of this reflects on us all.
Has the view of the people of Leitrim as a whole on this one subject ever been sussed out ? Not to my knowledge.

Do you have a favourite local writer or author?
Yes - John Mc Gahern, one of our own.

What about a local walk - or view?
My favourite one, that links the present and the past, takes us on to the high ground again, this time onto the flat road on the top of the Ballyboy mountain ,outside Manorhamilton ,travelling towards the windmills on Saddle Hill and exhibiting an amazing view of the Benbow valley.
Close to where you are standing when you are up there, nearly 400 hundred years ago Sir Frederick Hamilton had crossed the mountain from the Enniskillen area, sat on his horse and viewed the countryside which he had been recently awarded by the English. It was from there he made the big decision of where he wanted to live and where he would build the Manor of Hamilton.
It is interesting to note that that magnificent view is still the same and just as beautiful as the one he saw.
It is there to be enjoyed by all and the same Manor of Hamilton is presently acquiring a new lease of life, where you can now call and get a good lunch after your walk.

What's the biggest challenge facing the county today?
To adapt and implement a new policy seriously geared towards lifting its national profile. It must be seen to sit on a new platform declaring it as the 'must see county ' in Ireland.
Abolish the emphasis on North and South Leitrim and provide development capital fairly to the county at large. Convert the R280 into an excellent road from Leitrim Village to Tullaghan and properly open up the county to be seen and enjoyed by modern world-wide tourism as well as a highway South from Donegal and Northern Ireland.

If you had the power to change one thing in, or about Leitrim, what would it be?
Do something that Leitrim has never done before.
My suggestion is that a Survey of Leitrim in 2020 be undertaken, seriously asking all its people for their view on the county's ongoing reputation of being regarded as the poorest, most underdeveloped and lowest populated county in the country.
Enquire if people are happy with this ongoing and unchanging position and if not what could be done to change it.
If this was done, at least it would mark a point in time when the issue was adjudicated on by the people themselves.