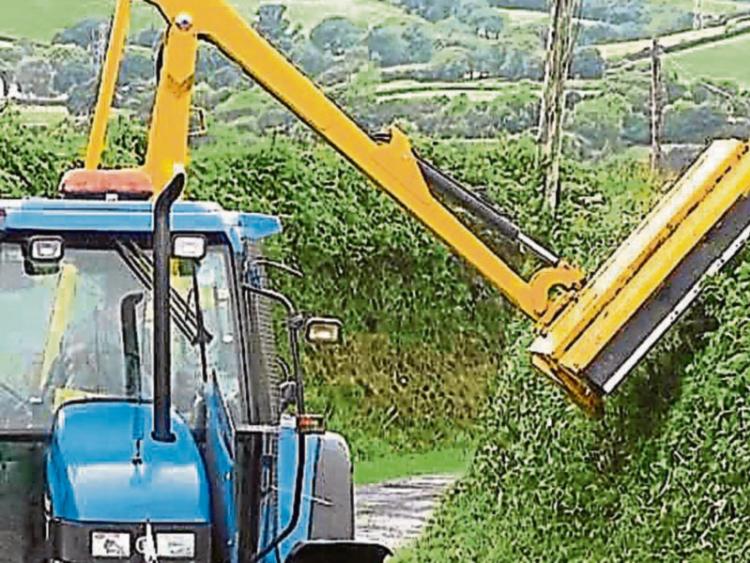 Some landowners are failing in their obligation to ensure their hedges are properly trimmed.

Overgrown hedges and overhanging branches are damaging passing vehicles and, in extreme cases, have resulted in school buses being unable to travel certain routes and also impacting the delivery of goods.
Councillors Felim Gurn and Mary Bohan both raised concerns over the conditions of hedges along public roads at Monday's Manorhamilton municipal district meeting.
Cllr Gurn said he had received numerous complaints about this problem over the summer. He pointed out that overgrown hedges are forcing vehicles and pedestrians out onto the middle of roads and said that unless penalties were applied to landowners or people were brought to court, “this situation will only get worse”.
Cathaoirleach, Cllr Mary Bohan also highlighted the problem putting forward a proposal that the council take steps to compel Coillte and private forestry owners to immediately cut overgrown hedges.
Cllr Sean McDermott pointed out this issue was raised “every year and every year we talk about it and do nothing about it”.
He said it was once a case where lorries and buses were being caught in overhanging branches but now the situation had worsened to the point where cars were now finding it difficult to pass on some roads.
He pointed out that he was aware of a stretch of road between Rossinver and the Rainbow Ballroom of Romance where vehicles had to “slow to walking pass” to negotiate overgrown hedges and said he had spoken to a visitor to the area who lost their deposit on a rental car because of damage caused by hedges.
“Whether this is taken out of our roads budget or people are taken to court, this must be sorted,” he said.
North Leitrim district engineer, Marie Mulligan, said that she had already sent out letters to landowners reminding them of their obligation to maintain roadside hedges. She said she had also supplied details of the hedge cutting grant scheme now open for applications.
Cllr Frank Dolan and Cllr Sean McDermott observed that the problem is that some landowners just refuse to comply.
Last year only five applications were received for grant funding under the hedge cutting scheme in North Leitrim and Ms Mulligan pointed out that it was the legal responsibility of the landowner to maintain hedges.
It was also noted that landowners would be liable for any damage caused by their failure to maintain hedgerows.
Cllr Frank Dolan pointed out that last year estimates for the cost of the council dealing with overgrown hedges and trees at major junctions around North Leitrim “was €40,000 and that's only a very small portion of roads. The cost of addressing all the overgrown hedges in North Leitrim would be enormous. We just don't have the funds,” he admitted.
Cllr Mary Bohan agreed noting, “we can make a request to the department for a special application but this is an issue which comes up year after year”.
Councillors agreed to increase promotion of the hedge cutting grant scheme and, if necessary will look to other means of ensuring that landowners meet their obligations.