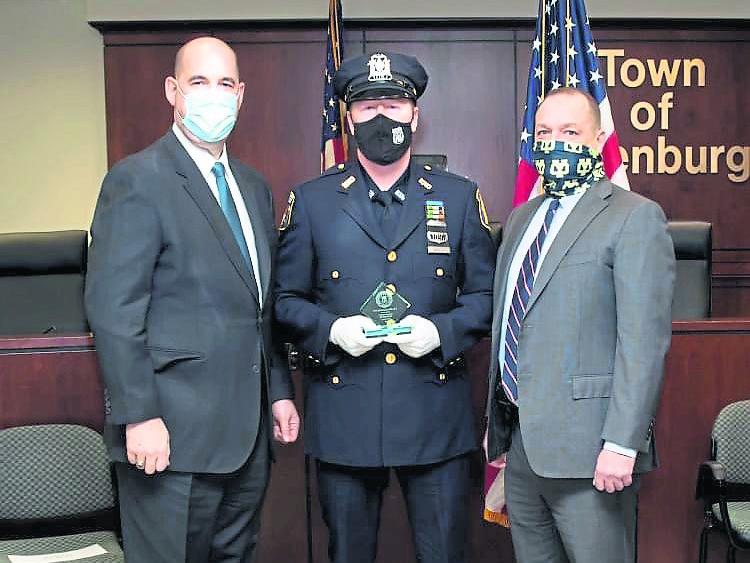 Douglas Brady, who is New York based Mullies native Frank Brady and Glenade native Helen Brady’s son, has recently been honoured for his police work in the Big Apple and promoted to the Detective rank.
He works for the Yonkers Police Department and was assigned to their Emergency Service Unit. The unit is part of a uniquely trained and equipped squad that performs tactical, rescue and swat operations.
Douglas Brady and members of the Town of Greenburgh Police Department were honoured on Sunday, January 17 by the FBI for their actions at the Ardsley Acres Motel New York shooting incident last year.
Douglas and his colleagues were presented with the Federal Law Enforcement Foundation’s award for Investigator of the Year for their heroic actions that night by FBI Assistant Director in Charge for New York, William F. Sweeney, Jr., and Yonkers Police Commissioner John J. Mueller. 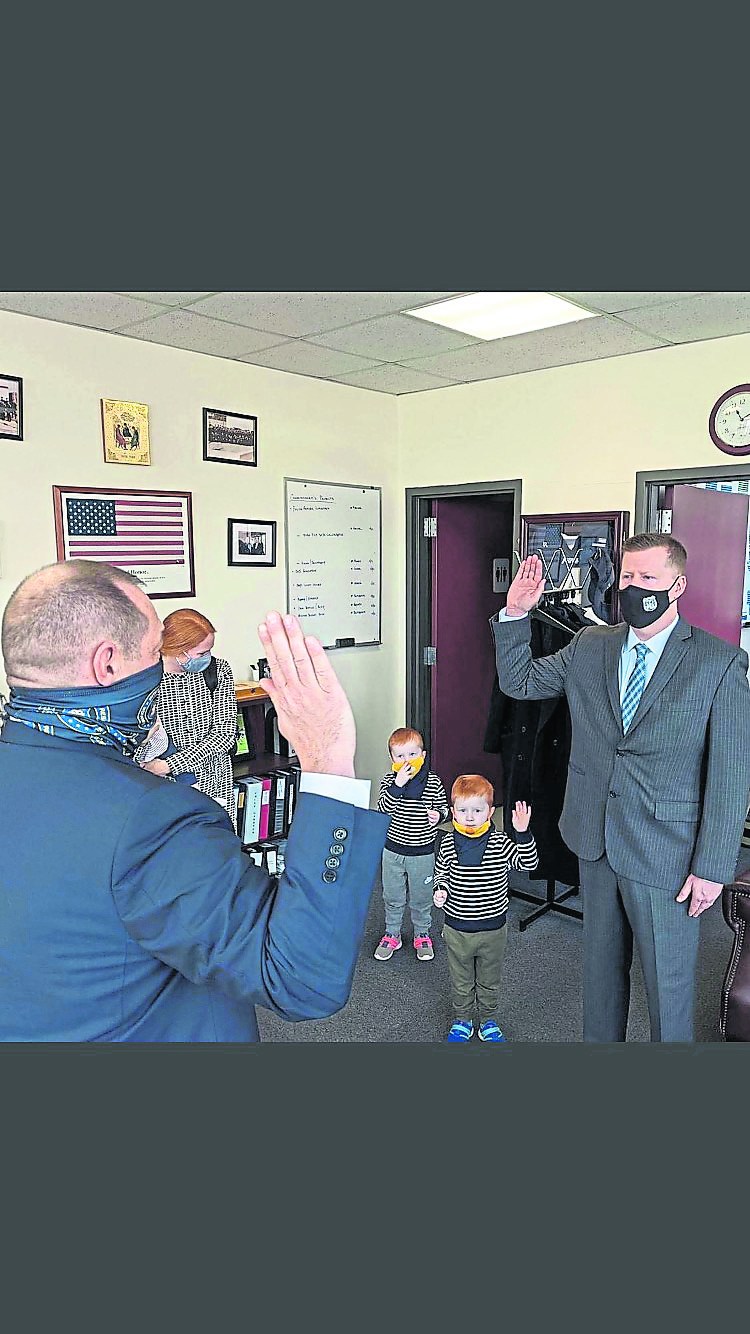 Promoted Detective – Douglas Brady (on the right) being sworn in as a Detective on Wednesday, February 10 in Yonkers Police Station by Yonkers Police Commissioner John J. Muller (on the left) with Douglas’s two twin sons Owen (with his hand up) and William as well as their mother Kelly, who is holding baby Emma, looking on during the ceremony

On Wednesday, February 10, Douglas was promoted to the detective rank by the Yonkers Police Department and he commenced detective duties on Monday. In a message of praise to Doug on his promotion, the Yonkers PD said “congratulations to Police Officer Douglas Brady on his appointment today to Detective. Best of luck in your new assignment.”
Meantime in his younger days Douglas was highly involved in sports, particularly, track and field, Gaelic football, baseball, and basketball. Douglas was a Westchester champion schoolboy middle-distance runner in the nineties. He represented New York’s Gaelic football teams at all under-age levels and captained their team in 1997. Interestingly as well the Big Apple boys played a Glencar Manor selection in the Bee Park, his father’s (Frank’s) old stomping ground.
They enjoyed a great evening’s hospitality and entertainment before continuing on their journey the next day to Letterkenny for the Féile competition. As well, Douglas has also some very fond memories from participating in Jimmy Holohan’s Gaelic Cúl Camp during a summer that he spent with his grandmother in Manorhamilton.
Meanwhile he played his adult football with the St. Barnabas Club in the Bronx, a Club that has a very strong Leitrim background. Though Douglas’s life is fairly full – with his job responsibilities and a young family – he still finds time for an odd game of golf.
Douglas lives with his wife, Kelly in Yonkers along with twin sons, Owen and William, and baby daughter Emma.