Creating a compassionate culture in Leitrim: Irish Hospice joins with The Glens Centre 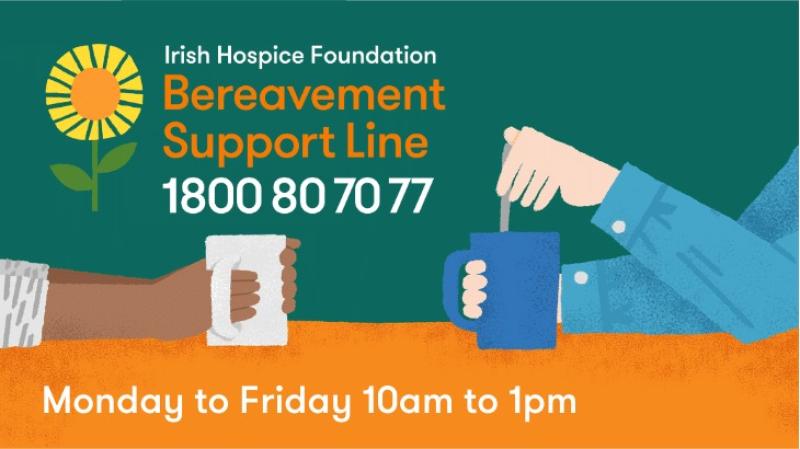 The Glens Centre, Manorhamilton and Irish Hospice Foundation are joining forces to invite creative explorations of loss in Leitrim.

This winter The Glens and Irish Hospice Foundation launch an initiative inviting people to talk and explore what might be created after loss.

In 2016 Irish Hospice Foundation carried out a national survey where people said they’d like more places to talk about death and bereavement.
This winter of 2021, after two years of pandemic, The Glens and the IHF offers a sanctuary in Leitrim with artist and film maker Johnny Gogan.

Building from “Death Cafés”, which invite people to discuss death, dying, grief and bereavement, the Compassionate Culture Network has seven locations around the country where people can use creativity to make sense from loss and bereavement.
The aim is to use creative practice to establish places where people can talk about loss. The Glens Centre is one.
Brendan Murray, Director of The Glens says “As an arts centre it is essential we support the exchange of life stories, including that epic part of life; death.
“We look forward to hosting, helping and supporting Johnny Gogan and our communities as they find appropriate ways to make meaning and to share this work as it develops.”

Dominic Campbell, of the Irish Hospice Foundation, says “Over the last two years Irish people came together in many ways. As we head into winter The Glens’ collaboration with Irish Hospice Foundation, supported by The Creative Ireland programme, is creating safe spaces for those in need.
The pandemic has produced a spectrum of losses. All impactful. None too big or too small to be marked.”
Johnny Gogan will be developing the project with people from the local community in Manorhamilton who may have been locked down and left alone and in limbo during Covid.

An open evening to launch the project and an invite to the discussion on loss takes place on Monday, November 15 at 8pm.
Johnny Gogan is an experienced filmmaker and a published writer with Bandit Films based in Dromahair since 1997.
He produces documentary and fiction film which are locally and internationally engaged. Johnny is passionate about the vibrant cultural scene of the North West, its landscape, people and stories.
The IHF is the national agency focused on death, dying, grief and loss.

It works with a vision of Ireland where “every death matters”, delivering education, training and awareness programmes, alongside systemic and social change strategies and policy campaigns.
The ambition is to reduce the impact of carelessness where it leads to suffering.
The pandemic raised awareness of the value of IHF’s knowledge in dying, death and bereavement.
Normal patterns of grieving were disrupted. Individual and collective ways of grieving became dislocatedduring the Covid -19 pandemic and restrictions.
For more details on The Glens involvement see www.hospicefoundation.ie

Leitrim's Andy's book 'Light on the Horizon' is back in shops