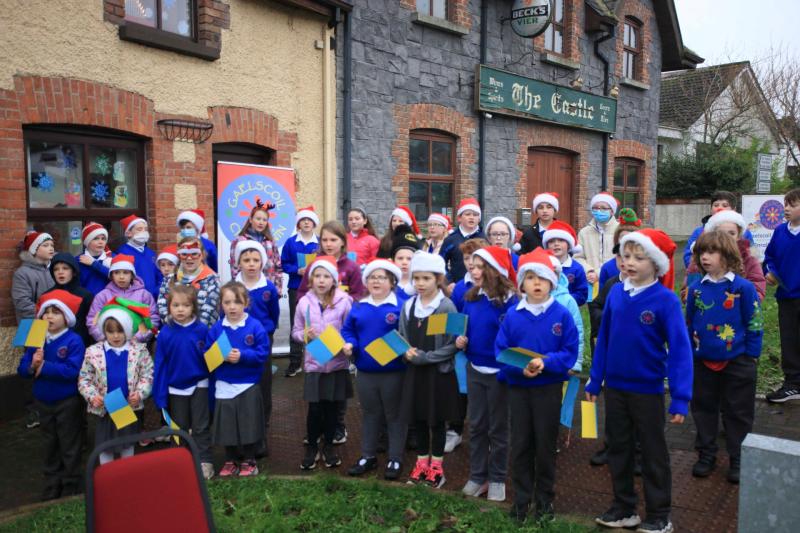 This year Manorhamilton historic Castle Street has an impressive fifteen foot high Christmas tree in place, which was erected by Gaelscoil Chluainín outside its building for the forthcoming festive season and on Friday the Christmas tree's lovely lights were officially switched on by Councillor Felim Gurn.

Meanwhile on Friday morning Gaelscoil Chluainín hosted a very well organized Christmas lights switching on ceremony in Castle Street, which was attended by all its students and staff. Two members of the Leitrim senior championship winning Glencar Manor ladies football team, Melissa Hewitt, who is team captain with her little son Ethan Reynolds, and Aoife Gilmartin were special guests at the Christmas lights switching on event.

See next week's Leitrim Observer for full pictorial coverage of the event.