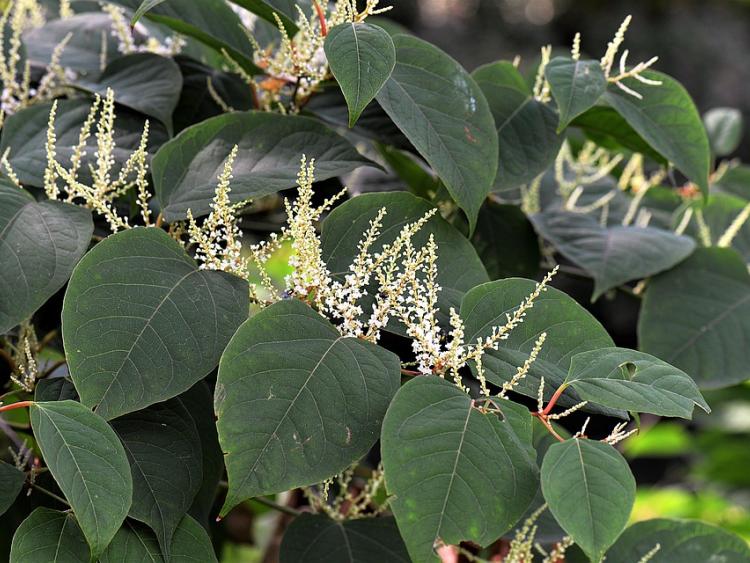 A proposal to cut back a section of hedgerow that is badly overgrown was shot down by Leitrim County Council due to the presence of Japanese knotweed in the hedge.
Cllr Enda Stenson told the December meeting of Carrick-on-Shannon Municipal District there is a section of hedgerow which is badly overgrown out on to road at Cloneystick, on the Mohill to Keshcarrigan road. He said, in the interest of safety, that hedge needs to be trimmed now.
He was told in reply the Council will investigate the exact location and inform the land owner through a hedge/tree cutting notice to ensure that they carry out their legal obligation to remove hazards to the public road user.
Cllr Stenson said this has come up before and he told the Council that they won't get the landowner. He said it is a small section that has not been done and he described it as “dangerous.”
Darragh O'Boyle, District Eingineer, said the property is owned by somebody but it is a Catch 22 situation as there is a lot of Japanese knotweed growing in that area and it is unlawful to cut it.
He said it is an unusual circumstance but the budget to remove Japanese knotweed is not there.
“I'm stuck. I can't go and cut it. We can hire an excavator and push it all back and then the owner will say what are you doing on my land,” Mr O'Boyle.
He said they have sprayed that area and said that in another couple of years it will hopefully die back.
Cllr Stenson said the Council surely had some authority over this and should go in and cut it back a bit.
He said a registered letter should be sent to the owner giving them 14 days to cut it and if they don't, the Council should cut it and pursue the owner for the cost.
Cllr Des Guckian said there is a problem of growth coming out on roadsides and said the Council “is snookered to some extent.”
Mr O'Boyle said the TII is responsible for treating Japanese knotweed alongside national roads while the Council is responsible for the other roads in the county. He said it is a four year programme to treat Japanese knotweed. They can't spray pesticide on it any more due to local authority regulations and now use a herbicide which takes longer.