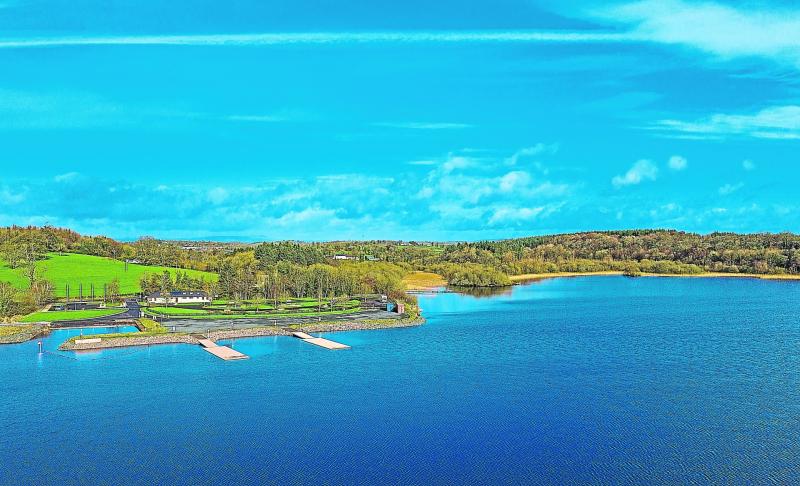 There was more positive news for the town of Mohill when it was announced that funding has been secured for a footpath to link the rowing facility and camping site with the town.

The news came last Monday at the monthly meeting of Carrick-on-Shannon Municipal District when Cllr Enda Stenson calling for funding to be secured to connect the town from the existing footpath out to the international rowing facility at Lough Rinn.

Cllr Stenson said he was delighted with the recent funding secured for Mohill public realm works but he believed that to properly enhance Mohill funding was needed for a proper, fully lit-up walkway to be put in place.

In reply, District Engineer, Darragh O'Boyle, told the meeting the Council has received active travel funding from the NTA which will allow them to submit for a footpath from the entrance into Lough Rynn estate out to the national rowing facility, about 800m in length.

Mr O'Boyle said they would hope to commence the project later this year. He added that if funding allowed, they would also put in low level public lighting in there, connecting the rowing facility back to the existing footpath.

Cllr Stenson said that was absolutely superb news and he thanked Mr O'Boyle for the reply.
He said the development was “essential for Mohill, Lough Rynn and the rowing centre.”

Cllr Sean McGowan agreed and said that the continued footpath would enhance the whole area. “That area is continuously used by people and it would be a great boost for Lough Rynn itself and for the town of Mohill,” he said. 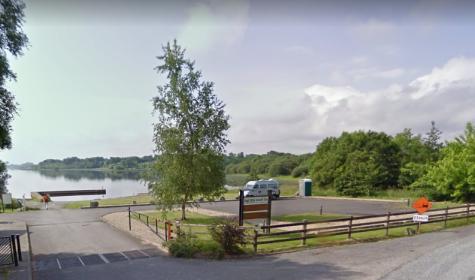 The rowing and camping facility outside Mohill at Lough Rinn

Cllr Thomas Mulligan said he had put down this motion numerous times over the years.
He complimented the job that has been done on a walkway along the side of the lake which he described as “a fabulous job, an amazing amenity down there.”

Cllr Stenson agreed with Cllr Mulligan about the walkway along the lake.

Cllr Des Guckian firstly commented on the proposals to enhance Mohill town.
He said Minister Frank Feighan announced it a couple of weeks ago but plenty of people had contacted him regarding an interview Joe Lowe gave on behalf of Leitrim County Council on Shannonside Radio where he was reluctant to give a timescale for the implementation of the project.

In regard to linking Mohill to Lough Rinn, Cllr Guckian said he and every councillor had proposed it in the past. “There's nothing new in that proposal and I will second it yet again,” he said.
Cllr Guckian said that a regular bus service from the town out to Lough Rinn and vice versa could be a solution.

In reply to Cllr Guckian, Joseph Gilhooley addressed the issues of the timescales. He said the public realm works for Mohill have been approved and at the moment the council is working on the preliminaries of the contract. He said it would be difficult to put a timescale on the work which includes a number of factors including planning and design.

Cllr Guckian asked him if it was planned to “continue with the proposition to interfere with the parking, especially on Main Street.”

He said people are still aggrieved that parking is being affected and there is an attempt being made to interfere with that parking. “People regard it as part of their town,” he commented.

Cllr Stenson interjected and said this was his motion and he didn't want to be associated in any way with that commentary.
He said he wanted to thank the Council for the positivity of the reply and said he didn't “want the waters muddied by those that have other agendas.”

Cllr Guckian insisted he would like an answer from Mr Gilhooley who the question was addressed to and nobody else.

Cllr Stenson remarked, “It's only a nonsense.”

Cllr Guckian said it is of great importance to the people of Mohill to know what they are facing.

“We know the people of Mohill quite well,” replied Cllr Stenson who remarked he'd be there more often than Cllr Guckian.

Cllr Guckian again asked for a reply to his question.

Cllr McGowan said Mr Gilhooley had given his reply, and asked Cllr Guckian what more did he want.

Mr Gilhooley said the project in Mohill has gone through a planning process, it has been approved as a capital project for Leitrim County Council to implement, the funding has been secured and that's what will progress.

Cllr Farrell said they were getting away from the motion and he moved the meeting on.