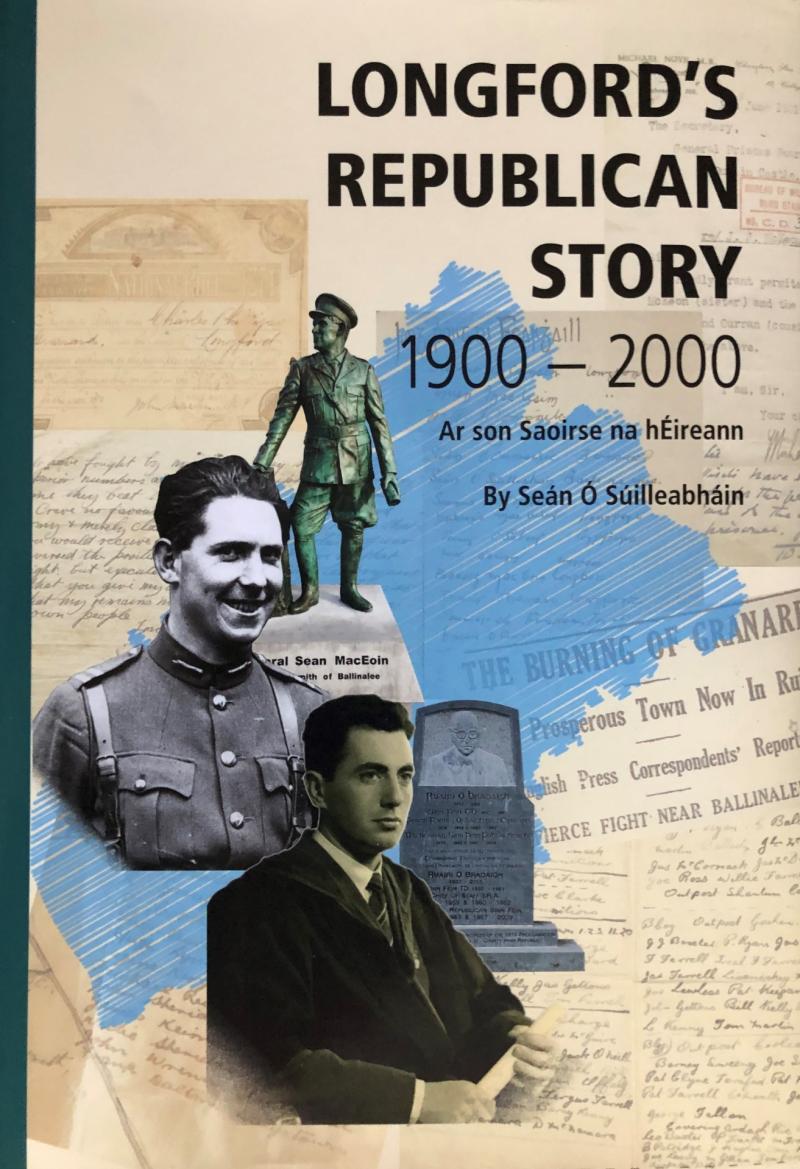 Ballinamore’s Seán Ó Súilleabháin has spent the last five years researching a monumental work on the Republican history of his native county, Longford.
During this week, the book will be launched at a number of events in County Longford and on Tuesday next, 2 November, a Leitrim launch will be held in Ballinamore’s new Island Theatre, Amharclann an Oileáin, at 8pm.
Longford was one of the strongholds of the IRA during the War of Independence and, outside of Munster, the North Longford Flying Column, under General Seán Mac Eoin, was regarded as the most effective fighting force in the country.
A strong republican tradition continued in Longford and, in 1957, Ruairí Ó Brádaigh was one of four TDs elected to Dáil Éireann, another being Leitrim’s John Joe McGirl. These two men were lifelong friends until 1986, when they went their separate ways.

Leitrim Connections
There are many Leitrim connections in the book. The leader of the six men killed by the British at Selton Hill in March 1921 was Seán Connolly from Ballinalee. During the Civil War, one of the most controversial killings occurred when Patrick Kane, a native of Abbeylara, was shot dead in a house in Rossan, Co Leitrim.
In 1935, a landlord’s son, Richard More O’Ferrall, was shot dead near Edgeworthstown. Four men were arrested and charged with murder. Three of them were from Dromod; brothers John and Jimmy Joe Reynolds and the famous Leitrim footballer, John “Nipper” Shanley.
In more recent times, the soldier killed at the rescue of Don Tidey near Ballinamore, in 1983, was Paddy Kelly, a native of Ballinamuck, Co Longford.

Ballinamore Launch
The Ballinamore launch of the book will be performed by Tommy Moran in the new Island Theatre/ Amharclann an Oileáin on Tuesday next, November 2 at 8pm.
Everyone is welcome to attend.
Beidh fáilte roimh gach duine.