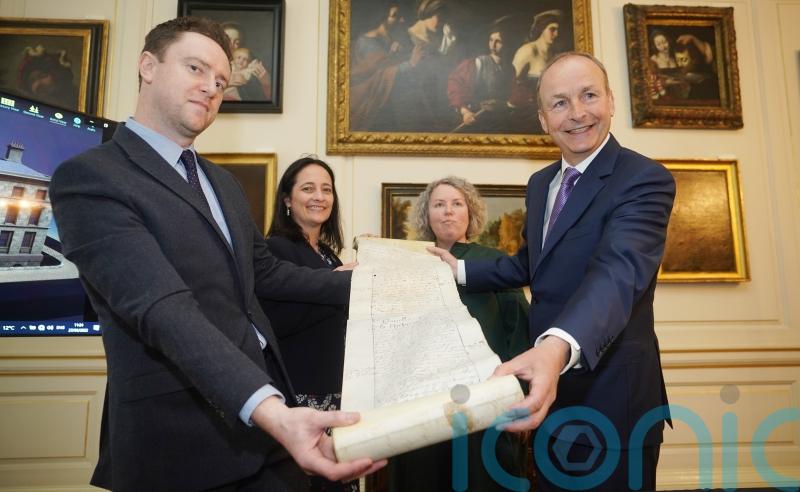 Taoiseach Micheal Martin has described the recovery of lost archives from the fire that engulfed the Public Records Office a century ago as “breathtaking”.

Decades of Irish history went up in flames when the archives were almost totally destroyed during the shelling of the Four Courts in June 1922.

After 100 years, some of the lost archives have been brought back to life through an online resource launched on Monday.

Historians, archivists and computer scientists spent years painstakingly putting together burnt parchments to reveal a part of Ireland’s history, once believed to be lost.

The virtual reconstruction of the seven-storey building, which housed all the records, was unveiled on Monday and is free for the public to view. 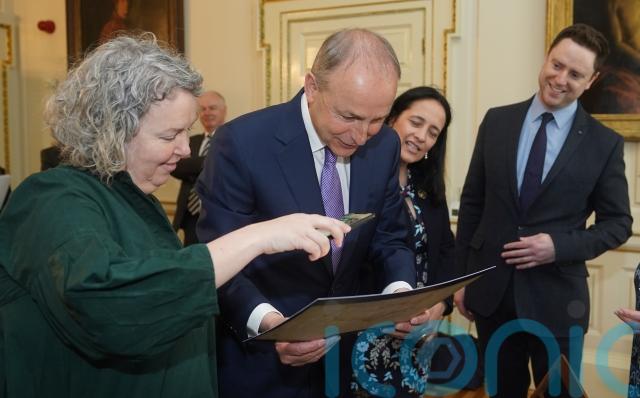 Speaking at the launch of the event, Mr Martin said that seven centuries of Ireland’s deep history were destroyed in one afternoon.

“The destruction of the Public Record Office of Ireland at the Four Courts in the opening engagement of the Civil War was a catastrophe,” he added.

“Seven centuries of Ireland’s deep history were destroyed in one afternoon, a devastating and seemingly irrecoverable archive of loss of our cultural heritage and collective memory and a traumatic legacy of a civil war.

“The scale of destruction in 1922 was near total. The record treasury was completely consumed by the fire, the reading room survived but was badly damaged.

“It was a reasonable, although mistaken belief that everything was lost forever.”

He said that reconstruction of the records “is an occasion for joy and pride – the combination of six years of partnership and collaboration led by the dedicated project team at Trinity College Dublin to bring this exciting and ambitious project to fruition”.

He added: “The project’s positive restoration of a critical loss of archive and heritage will resonate with many other international experiences of cultural loss.

“Each record or fragment adds layers of meaning. What was previously unknown, indecipherable or obscure is now accessible, allowing for new perspectives and a richer understanding of the complex relationships forged over centuries with our neighbours.

“This is a completely new and imaginative approach to making our shared history engaging and interesting for everyone, revealing many fascinating aspects of everyday life across the island.

“The scale of this achievement is quite simply breathtaking.” 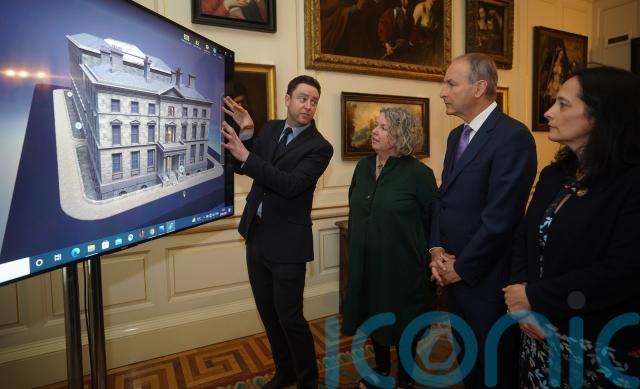 Senior lecturer in medieval history at the Department of History at Trinity College Dublin and director of Beyond 2022 – a project that recreates documents that were lost during the Four Courts battle in 1922 – Dr Peter Crooks said: “The Beyond in ‘Beyond 2022’ for me always has a double meaning.

“It was an invitation to look to the future, to the long term, beyond the immediate horizon of the specifics and turn it into something lasting, living, hopeful, a meaningful legacy that would reach the widest number of people at home and abroad.

“But it was also an invitation to delve deep, not to be blinded by the smoke from the Four Courts in 1922, and instead to celebrate the remarkable documentary heritage this island still enjoys.

“Ireland has a rich, complex, difficult history and despite the losses of 100 years ago, we have a vein of evidence, stretching back centuries, through which a rich complex difficult story can be unfurled.”