WATCH: Former Taoiseach honoured at Fleadh for his support of traditional music 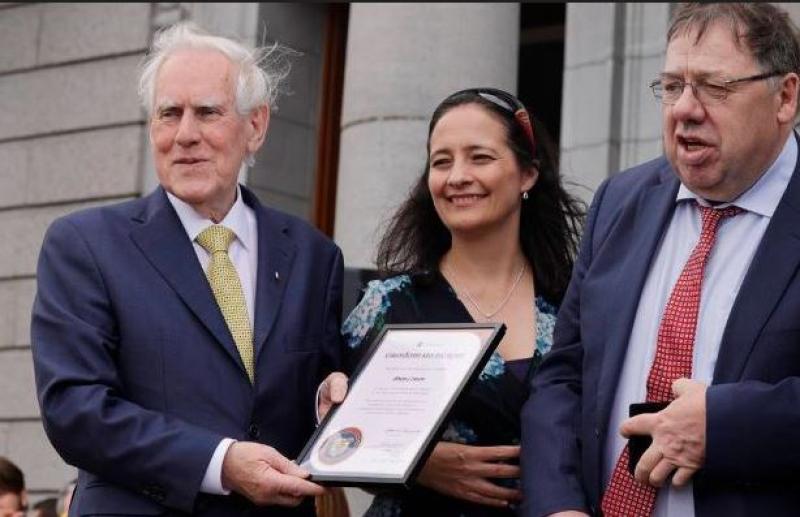 RETIRED Taoiseach Brian Cowen was presented with a prestigious honour at Fleadh Cheoil na hEireann in Mullingar this week for his support for Comhaltas Ceoltóirí Eireann during his time in Government.

In his time as Minister for Finance, Mr Cowen allocated a grant of €20m to the traditional music body to secure its future and promote its ethos among younger people.

Mr Cowen was in good spirits at the event and thoroughly enjoyed the music at the Seisiún Mór.

He was joined by former Fianna Fáil colleague and Westmeath man, Donie Cassidy

Also honoured at the Fleadh on Thursday was the Minister for Culture, Catherine Martin who was presented with a plaque for her service to Comhaltas.