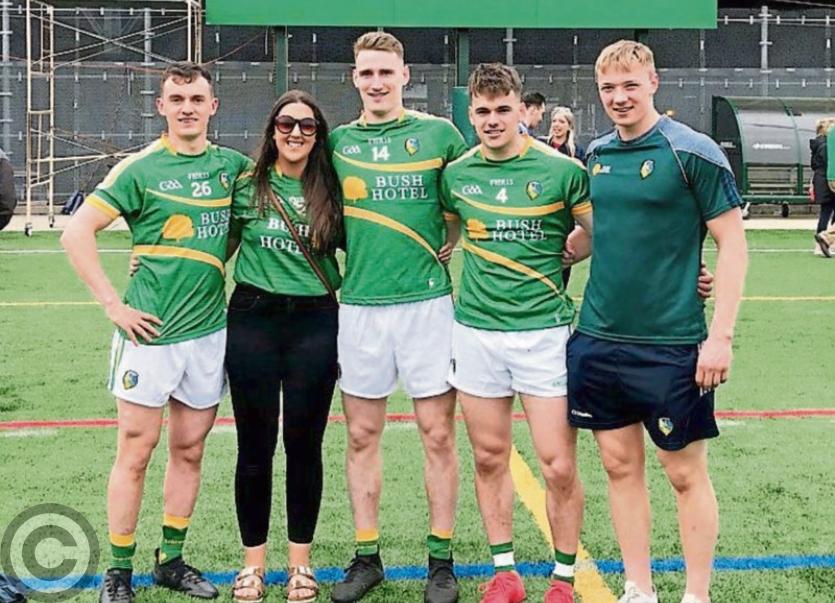 He might have been relieved when the final whistle sounded in Gaelic Park but Leitrim manager Brendan Guckian was adamant that he never doubted but his team would win.

Sunday’s pulsating extra-time 0-19 to 1-15 victory over a stubborn and impressive New York almost gave the entire population of Leitrim heart-failure but a calm and composed Brendan Guckian was sure that Leitrim would emerge victorious.

In the tranquility of an empty dressing room, Brendan stressed “I never thought it was gone and I had continually told them that I had the utmost belief in them.

“I was expecting a difficult game, especially with the caliber of players that New York have, not just Jamie Clarke. There’s more than him - Neil Collins, David Culhane, Tom Cunniffe, Kevin O’Grady, a core of very talented and experienced players.

“They had put a lot of work in and we were expecting a tough game and that proved to be the case.”

And Brendan stresses that Leitrim are beginning to show what they are capable of after coming through such a tough test - “I have been saying that we have a very good team, but at times we have not fully shown it. There is great belief in the squad, and they showed it today and this game will bring them on immensely.

“Their character was well tested today on numerous occasions, they stood up to the test, got the result. Now we’ll enjoy the great Leitrim hospitality in the Big Apple for a day or so, and then we’ll get ready for Roscommon.”

His New York counterpart Justin O’Halloran felt “devastated” as he was confident that New York would get over the line particularly when time was getting scarce. But when reflecting on the game, the lack of experience cost them.

“When Leitrim’s backs were against the wall, they were that bit cuter, especially in holding the ball until the conditions were right for a score especially in the last few minutes.”

“The dressing room isn't the happiest place to be at the minute but hey you have to take it in the chin. We were right there but it didn't work out.

"I think (we lacked) a little bit of cuteness, not being in situations like that before we went for scores when maybe we should have held onto it a bit and taken down the clock a bit.

"We played well, we eased off a little bit after getting a good start. I don't know whether it was, 'Oh my God, what is going on here, we are winning.' And we held on to the ball instead of going direct like we normally go but they kept going.

"Our fitness was great. I have to commend them. They worked very hard and I'm devastated for them because they put in huge effort. It's heartbreaking. Mayo is coming next year so the chance of a win there is slim so it was right there for us but, hey… back to the drawing board I guess."

New York goal-scorer Shane Hogan felt “we did everything only win and the loss will be a sickener for a while, and I thought that Leitrim were that bit more clever when they needed to be”.