Brendan wants to see the real Leitrim next Saturday 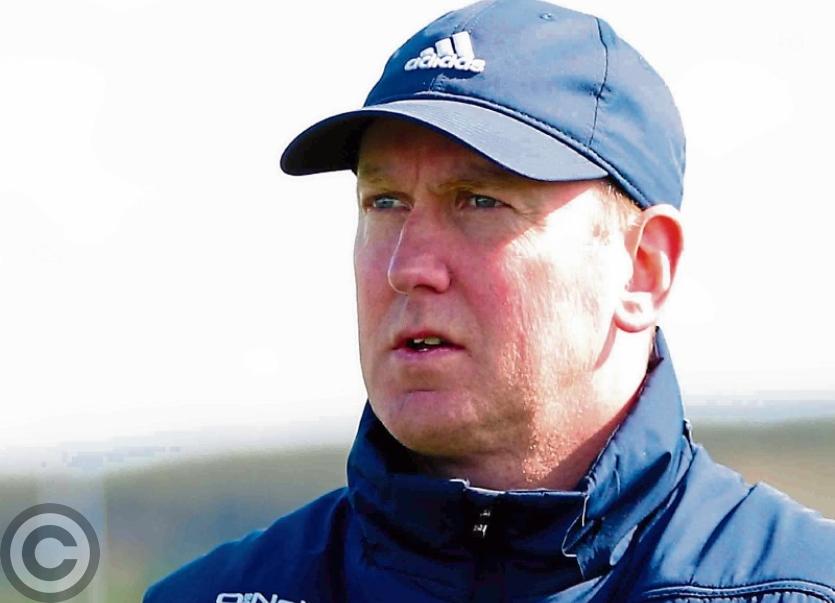 If Leitrim fans are frustrated by the County Senior team’s struggles in recent years, they have a kindred spirit in manager Brendan Guckian who cannot wait to see his charges deliver the sort of performance he knows they are capable of!

As Leitrim prepare for an All-Ireland Senior Championship Qualifier clash next Saturday against Louth in Pairc Sean Mac Diarmada, you get the sense that the Leitrim manager cannot wait to see his charges deliver in a match what he sees on the training field.

“I keep saying it,” Brendan told the Observer on Monday, “I’d love to talk to you after the game on Saturday and say wasn’t it great to see the lads express themselves there this evening. That is my hope, that they go out and showcase the talent that they have and if that happens, we’ll definitely be in with a shout.”

It is a game where both teams feel they have a good chance of progressing to the third round of the Qualifiers with Louth defeating Shane Ward’s team three years ago in Drogheda in the Qualifiers but Leitrim were the only team to beat Colin Kelly’s charges in the 2016 Allianz Division 4 League.

And Brendan agrees that both teams will be happy with the draw - “I think home advantage is a help but Louth are a Division 2 team, they are physical, they can play football and they clocked up a big score against London. They probably see us a handy touch so it is probably a good draw for both teams.

“The game against Roscommon was always going to be a difficult task so moving on from that, we have home advantage. But there is a still a gap between us and Louth, they are Division 2, we are Division 4.

“Then they were released back to their clubs for a week which did them a world of good and they came back in the following Tuesday night very fresh. They trained very hard since.”

And crucially, Brendan believes that Leitrim have a point to prove - “I suppose, myself and the management and the players themselves, they want to show everybody that they are better than some of the displays they have put in over the last seven or eight months.”

The annual exodus from the County panel has hit Leitrim again this year with the likes of League top scorer Keith Beirne, Mark Plunkett and Oisin Madden, who all saw action against Roscommon, all departed from the panel with, reportedly, another three more players.

It is something Guckian could have done without but he is sanguine enough over the issue - “There is a few gone off the panel, there are a few lads in on the panel. Look, it is always disappointing when people leave the panel for whatever reason. But in saying that, we are focussed completely on the group that is there and that is the way it has to be.

And that seems to be the there for this Leitrim team - to show the public what they are truly capable of - “They showed patches of what they can do against Roscommon but we’re trying to move on from that, we’re trying to get a full game into everybody performance wise. They are still a very, very young team.

“They had a great experience in New York, it was a good experience too against Roscommon, as difficult as it was, but it was an experience that will stand to them and hopefully, it will have improved them both mentally and physically.

“Galway made very hard work of it against Roscommon so Roscommon are a serious team. We’re not just at that level yet but the lads are working extremely hard and some day they’ll get there.”