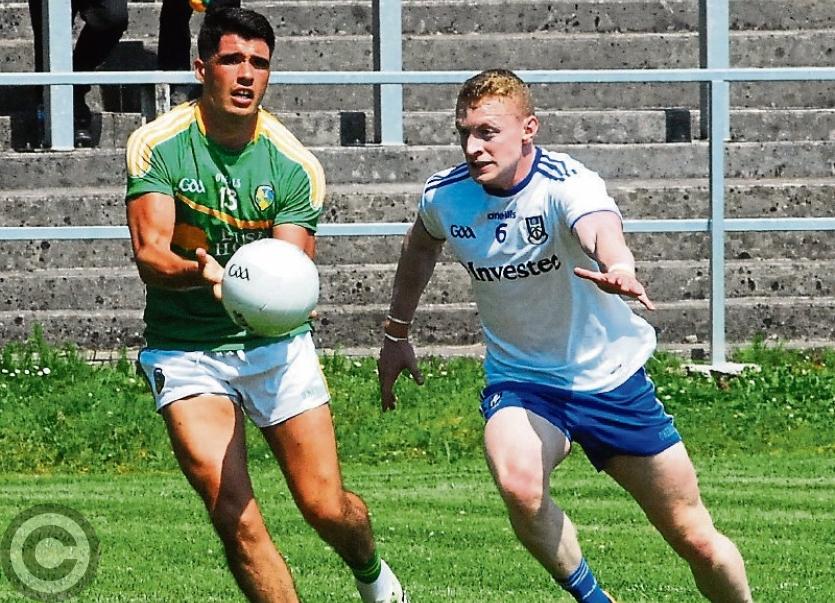 Leitrim manager Brendan Guckian’s one big disappointment from Saturday’s All-Ireland Qualifier was that his side didn’t take the chances that would have truly tested Monaghan.

“I suppose the only disappointing thing is that we didn’t take our chances,” Brendan told the Observer, “Being realistic, we actually had chances to have 2-4 on the board in the first half and we didn’t capitalise on that.

“And when we missed chances, Monaghan went down the field and took their chances. The most disappointing thing is that we conceded a goal and I don’t think the scoreline is a true reflection of the game.”

Brendan admitted that a young Leitrim team have work to do to match the physicality displayed by Monaghan - “Maybe at times the physicality showed between ourselves and Monaghan, they are obviously a lot more down the road, they’ve been together seven or eight years and you can see it.

“That is where the difference comes in between a division one team and a division 4 team, you have to try and throw everything at a Division 1 team and we definitely did it for the first 20 minutes, probably got a bit ragged towards the end of the first half and not taking our chances didn’t help us.

“But to be realistic, there is a gap between ourselves and Monaghan and Roscommon and we’re not naive enough to say that there isn’t but I think there has been progress made to bridge that gap.”

And Brendan believes Leitrim have the players to do just that - “The most important thing for Leitrim is to keep the panel of players that are there because they are the future, they are the best in the county.

“I know there are obviously a couple of more people who will shine in the club championship but the core of the best footballers are there and it is massively important that they stick together.”