Room for improvement for O'Rourke and Monaghan 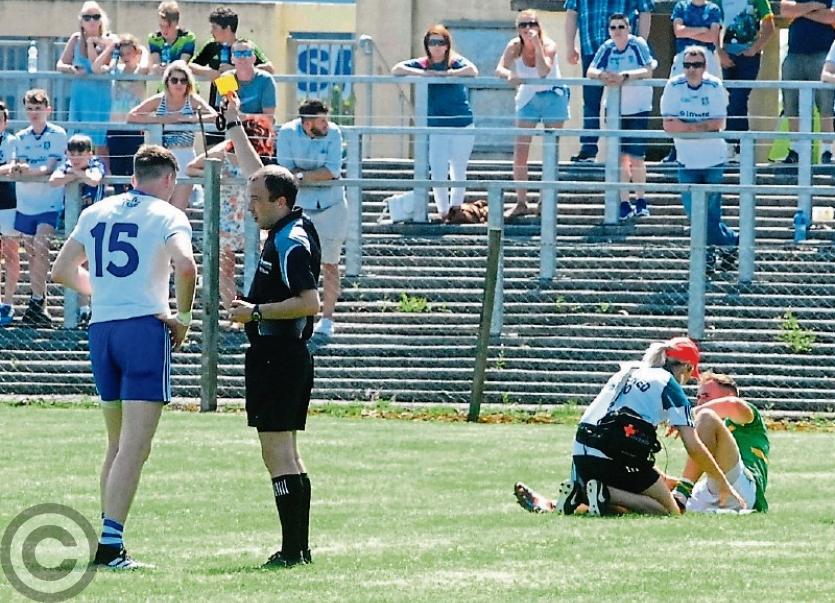 It was a case of job done for Malachy O'Rourke as he reflected on Monaghan's 13 point win over Leitrim on Saturday last with the former Fermanagh player expressing the opinion that “The performance was ok at times, there were a lot of areas we would like to be improving as well but it is job done and we are in the draw.”

Having unexpectedly lost to Fermanagh in the Ulster Championship, O'Rourke and his Monaghan team are back on track in their quest to reach the inaugural Super 8s - “I think it’s everybody’s ambition at this stage to get through to the Super 8s. I think we came here today to get through to the next round and we achieved that.”

For Monaghan, Saturday's game was a difficult one to prepare for as his side would have been relatively unfamiliar with Leitrim and Malachy stressed the most important thing from his team's point of view was to focus on their own job.

“It is important to set your own standards and making sure you get a lot of things right and you feel that if you do that and you get your workrate right and so on things will take care of themselves.

“We weren’t really concentrating on Leitrim as much as ourselves but there are some things we did well and some things we need to improve on and we haven’t that much time to do it but that is the task in front of us.”

While Monaghan ultimately emerged comfortable winners, the opening 25 minutes proved to be very competitive with Leitrim bossing large parts of the opening exchanges although O'Rourke said he wasn't surprised by how events unfolded.

“I always felt that it would be like that, that Leitrim would put it up to us. They were coming in after a good victory and there is a lot of young, good players there. We did feel that would be the way the game would be.

“We were just hoping that as the game went on we would eventually get on top and convert our scores and that is probably the way it turned out.”

Paying tribute to Leitrim, Malachy is hopeful Saturday's game will stand to them in the weeks to come - “Leitrim put it up to us and we were glad of that as well. They tested us and hopefully it will help us going into next week.”

On a day in which both sets of players were subjected to conditions and temperatures rarely seen during matches in Ireland it was hard to be critical of either side, but Malachy insists there remains room for improvement.

Looking for areas in which his side can improve Malachy acknowledged Monaghan will need to be more clinical if they are to keep their hopes of reaching the last eight alive.

“Last week (against Waterford) we were very clinical, this week we weren’t,” was O'Rourke's initial assessment when focusing on areas his side can improve.

“We created a lot of chances but we didn't finish them well. There is no doubt it is an area we will be trying to improve. We would have been expected to beat Leitrim, they are a Division 4 team.

“The team we will meet next week will be a higher quality and we won’t be able to get away with missing chances like that.”

The surprise defeat at the hands of Fermanagh is quickly becoming a distant memory for the Farney county and Malachy acknowledged he is pleased with the momentum his team is generating.

“Yeah, that’s it, that’s what we wanted to do. Some aspects of the performances have been good, other things we need to improve on but we have a week to do it and that’s what we’ll be aiming to do.”

Monaghan now know they will face Laois in the next round but when asked on Saturday if he had any preferences he insisted he would be happy with whoever emerged in the draw.

“No, we know all the three teams we could play, they are all coming back on the rebound after losing a provincial final. They are taking plenty of positives out of those provincial finals.

“I suppose Cork would have been disappointed with their display but they had a great victory against Tipperary and they will be coming with all guns blazing to get back into the race. Whoever we get we’ll take and we’ll try to perform.”