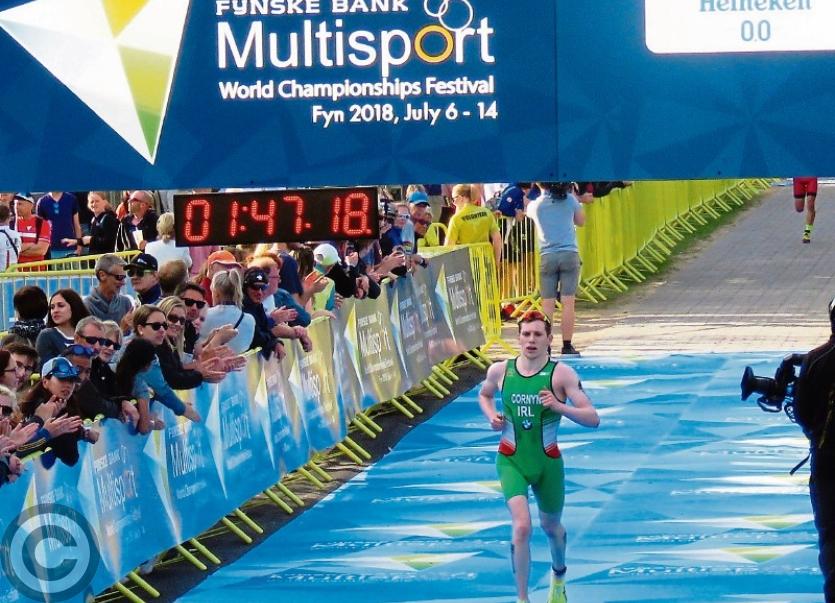 Niall was the only Irish competitor in the mens Elite race which combined both the Senior Elite & U23 Elite World Championships (10k run, 40k bike and 5k run to finish)

Despite severe blistering from 7k on, Niall produced an excellent run on the 10k (course short 9.5k) of 30 minutes and held off the Kenya athlete Onyango Kennedy to the first transition. Niall got away on the bike with most of the U23 athletes but lost ground midway through the cycle and any chance of a medal was gone.

Niall had a super fast 2nd transition &2nd fastest of the day in 47 seconds and then away on the final 5k run (course 4.5k). He produced another excellent run to finish in 15min 33 sec for 15th overall and a total time of 1 hour 47 minutes which would also have been good enough to finish 38th in the senior race.

With his foot & shoe covered in blood, Niall spent 45 minutes to enable him to walk. A really gritty performance on a world stage from the athlete with Leitrim connections.