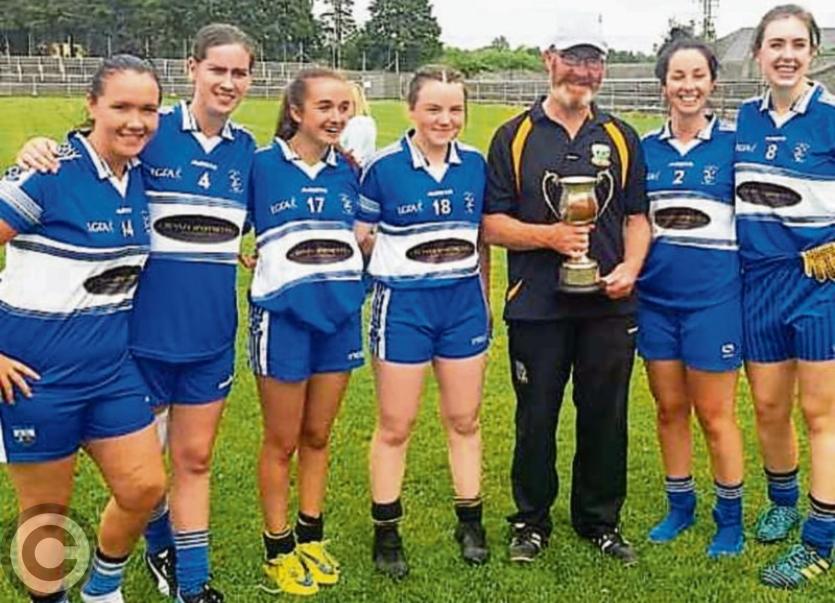 Bornacoola St Mary's had a big win in the Intermediate Championship

St. Joseph’s are the first team into a Championship semi-final after they drew a tight Senior clash with Aughawillan last Sunday in the second round of Leitrim Ladies Club Championship games.

The Intermediate Championship saw a quite remarkable scoreline as St. Francis kept an unfortunate Fenagh scoreless while racking up an incredible 8-14 themselves on a weekend when there were quite a few one-sided games.

In the Senior Championship, there two very close games with St. Joseph’s drawing 0-13 to 1-10 with Aughawillan, the Willies in their first outing of the competition. The result means that St. Joseph’s are through to the semi-finals with Aughawillan facing a winner takes all clash with last year’s defeated finalists St. Patrick’s Dromahair.

In the other group, Glencar/Manorhamilton showed they may be the outright favourites as they recovered from a 12 point deficit to pip Kiltubrid on a quite remarkable scoreline of 4-17 to 6-10.

Kiltubrid have finished their games but as they had a 16 point win over Oughteragh Gaels, you’d have to imagine Glencar/Manor will take the win in the final game against the Aughnasheelin and Ballinamore combination, putting both them and Kiltubrid through.

In the Intermediate Championship, St. Francis reaffirmed their position as favourites with an awesome 8-14 to 0-0 destruction of Fenagh for their second win of the campaign. It was Fenagh’s first loss after a draw against Drumkeerin a week before.

Drumkeerin didn’t fare much better as Bornacoola St. Mary’s showed they are ready for the step-up from Junior with a 5-15 to 1-9 victory that already puts them in second place.

In the Junior A grade, Keeldra Gaels recovered from their heavy first round loss to thump Glencar/Manorhamilton’s second string side 12-20 to 0-3, a 53 point victory!