O'Heslin's make light of absentees to cruise to comfortable win 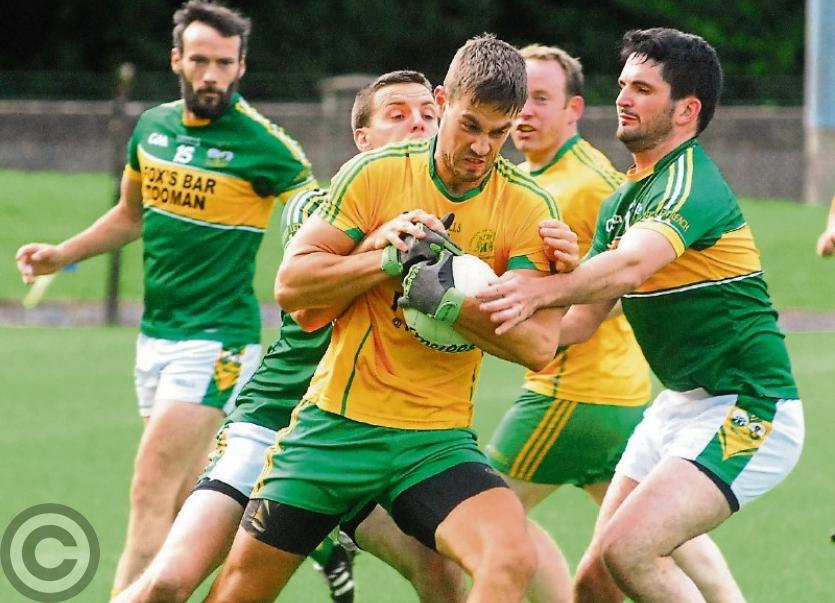 Understrength they may have been but Ballinamore Sean O'Heslin's sent out a potent message last Saturday when they demolished Gortletteragh.

Gortletteragh were hampered badly by the absence of Jack Heslin and an injured Cathal McCrann but while they were unable to cope, Ballinamore seemingly have legions of players ready to come and make a difference.

It wasn't all easy in Cloone but once they found their rhythm, there was never any doubt that O'Heslin's would prevail with Mark McGrory leading the way and impressing at full-forward.

Ballinamore's strength in depth meant it was hard for Gortletteragh to cope and it got even harder as O'Heslin's dropped a lot of men back at all times, leaving Padraig Gallagher to plough a lone furrow for the Gortletteragh men.

Jack Heslin would make a huge difference but Gortletteragh have a good bit of work to do yet.

Ballinamore stamped their authority on the tie with a Shane Moran free in the first minute followed two minutes later by a Liam Ferguson goal after an initial block on John Fanning. A follow up was blocked but Ferguson drove home the rebound.

Fanning was injured in the block and forced out of the action but Ballinamore kept rolling with a Stephen McTague point. Gortletteragh hit back with a truly brilliant Niall Woods point from the wing on seven minutes.

The game entered a lull without a score for nine minutes and four Ballinamore wides but Luke Murphy, on for Fanning, popped over a fine point. Gortletteragh were keeping in touch with a Francie Flynn free.

However, two Mark McGrory frees saw O’Heslin’s open a gap before Padraig Gallagher scored a lovely point on 24 minutes. McGrory put over another free on 29 minutes but a long ball to Gallagher was fed back to Niall Woods for a good point.

That left five points between the teams and Gortletteragh would have been reasonably happy but in added time, Jack Cullen and Shane Moran both scored excellent points to send O’Heslin’s in with a 1-8 to 0-4 lead.

The second half turned into a cakewalk for Ballinamore and they started quickly with three points from Luke Murphy, McGrory (free) and Wayne McKeon (free) before Francie Flynn popped over yet another free for Gortletteragh on five minutes.

McGrory & Flynn swapped frees but the Gortletteragh score on 12 minutes was their last of the half and Ballinamore would play out the game with five unanswered points, Wayne McKeon firing over on 13 minutes.

Dean McGovern got on the scoresheet after a great run before McKeon added a third point. With the game drifting along without any intensity, there was just two points in the final 10 minutes, one from Luke Murphy and another from Liam Ferguson while Cathal Quinn had a couple of goal chances in added time deflected and blocked.

Talking Point: Ballinamore were missing Niall McGovern, Donal Feely, Brian Leydon, Oisin McCaffrey and Paddy Connaughton and it didn't seem to make any difference to the winners who have some incredible strength in depth, perhaps the best of all the teams in the Senior championship.

Turning Point: No real turning point as such but Liam Ferguson's goal early in the first half gave Ballinamore a bit of breathing space and they took every advantage.

Ref Watch: A fairly routine outing for Cyril McKeon who did a good job, kept up with play and controlled the contest well.

Lowlight: The second half was played virtually at walking pace with no real championship intensity.