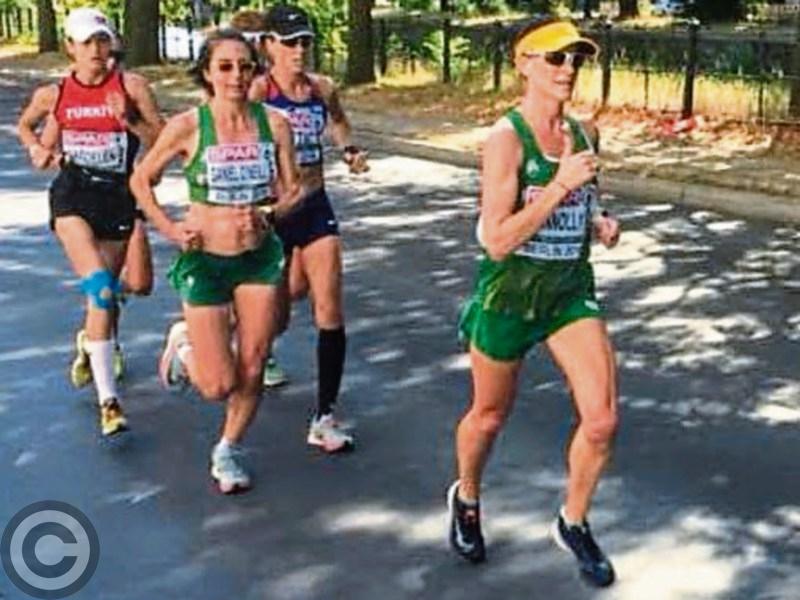 Kinlough’s Breege Connolly produced a superb performance in blistering conditions in Berlin last Sunday morning as she finished 31st in the Women’s Marathon at the European Athletics Championships.

Breege was the second Irish runner home in a time of 2 hours 41 minutes and 53 seconds as the Irish Women’s team finished eighth out of ten teams in a race run in incredibly difficult conditions, temperatures reaching as high as 28 degrees.

Declaring herself “content” with her time, Breege told Athletics Ireland “I probably didn't get my racing legs or maybe confidence until the third lap and then I felt I had a little bit left so that's when I kicked on."

Conditions got progressively hotter throughout the race but Breege said she didn't find the weather to be a factor in the race that saw Ireland finish in eight position.

"I didn't find the heat so much today. It was warm definitely but it was tiredness that was picking on me in the end."

When asked about her time Breege said "Same as Lizzie (Lee) I'm content with the time."

Cork’s Lizzie Lee was just two places ahead in 29th in a time of 2.40.12 with Gladys Ganiel O’Neill 33rd in 2.42.42, Ganiel O’Neill paying tribute after the finish to Breege for her help in pacing and getting her through the race.

Breege was supported on the roadside by her mother, sisters, brothers and cousins with some great Leitrim support cheering her on.