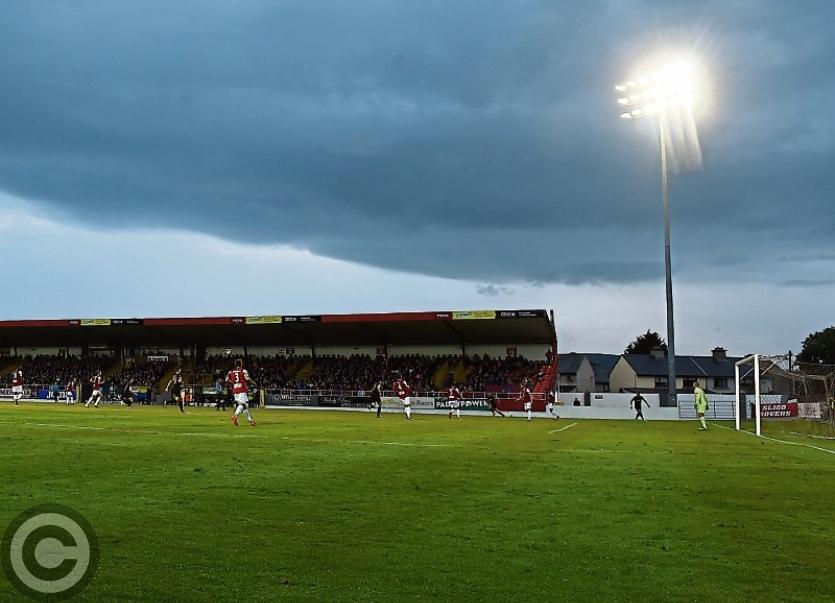 The Showgrounds in Sligo

It has been a difficult season for all concerned with the Bit O'Red and they make the journey to Cork knowing that with seven games remaining they are not yet safe from relegation.

The recent win over Limerick, in which former Carrick Town underage player Niall Morahan made his first team debut, has given some breathing space but given that Rovers's home form has been so bad it is too early to predict with any degree of certainty how the final weeks of the season may pan out.

Of the 14 home games played in The Showgrounds Gerard Lyttle's side have registered just two wins. Bray, who are rooted to the bottom of the table have won four.

If there is some consolation for the Bit O'Red it is that their away from has been considerably better. In their 15 away games, they have registered seven wins, a record only bettered Dundalk and Cork City.

Rovers, who are in eight place in the 10 team league. currently enjoy an eight point lead over Limerick. The ninth place team will face a promotion/relegation play-off with a first division team.

It remains to be seen whether or not Lyttle, whose contract expires at the end of this season, will be offered a new deal. While there have been positives in terms of the number of young players that have graduated from the club's underage teams, it has been a challenging season on a number of fronts.

As well as below par performances being a regular occurrence the season has also seen the club release a number of players including former Liverpool forward Adam Morgan and Brazilian playmaker Eduardo Pincelli. Neither of the high profile signings came close to making the impression while a number of players signed on loan deals from England and Scotland have also failed to bolster the team to the extent hoped for.

Despite so many difficulties and setbacks, should Rovers continue their impressive away form of recent weeks on Friday, they will take a significant step towards securing their top flight status for next season.