Melvin Gaels get the job done 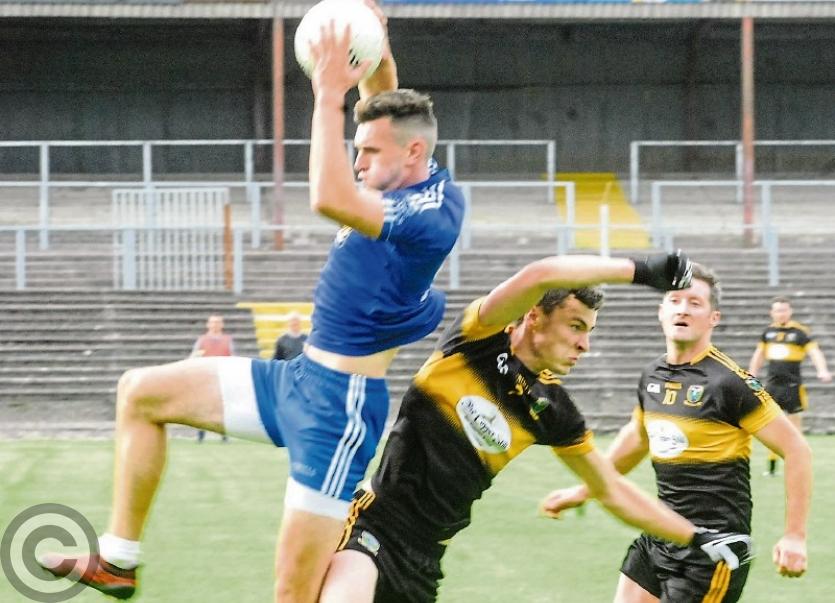 The Bors were impressive in the opening 15 minutes of Saturday’s game and when they staged a comeback bid in the third quarter that cut the Gaels lead to just two points.

But the Gaels blew the Bors challenge out of the water in the final quarter with the south Leitrim side failing to raise a flag of any description in the last eighteen minutes of the action when the Kinlough side made a one-way traffic affair.

Matters were evenly matched in the opening quarter when both sides shot two points. In this period Emlyn Mulligan from play and a free after a foul on Philip McGowan registered Melvin Gaels scores while Philip Howard from play and county man, Damien Moran from a free replied with a Bornacoola point apiece.

Moran also received a yellow card in this spell. Emlyn Mulligan started what for the remainder of the game proved to be a rout of Bornacoola when he put over a sixteenth minute Melvin Gaels free.

Over the next thirteen minutes the Gaels added five more points without reply from the Bors. During this game changing phase of the action Mulligan shot 0-3, one from a free after Cillian McGloin was fouled while David McSharry and Paul McGurrin chipped in with a point each for the North Leitrim men.

Bornacoola, who hadn’t raised a flag for seventeen minutes, completed the scoring in the half when Damien Moran shot over just before the break. The Melvin Gaels men went in at halftime with a 0-8 to 0-3 lead under their belts.

In the opening twelve minutes after the restart Bornacoola managed to reduce Melvin Gaels advantage back to 0-2 after the South Leitrim men made a reasonably steady effort to turn the tables on their North Leitrim rivals.

Initially in this spell Melvin Gaels held on to their interval advantage on the scoreboard thanks to Emlyn Mulligan who popped over a pair of frees that were awarded for fouls on Cillian McGloin and Peter McGowan.

Mulligan’s free conversions blotted out Bornacoola points after the restart that Liam Mulligan and Damien Moran (free) put over. Then after they hit three points in the next three minute spell without reply a Bornacoola fight back seemed to be well on the cards.

Damien Moran shot a point from play and tapped over a free while Michael Duignan also fired over from play and the Melvin Gaels lead was reduced to just two points with eighteen minutes of the action remaining.

After this Melvin Gaels upped their effort in the final quarter and the Bors work rate on the other hand diminished considerably. The re-invigorated Melvin Gaels charge was led by Emlyn Mulligan who tapped over a forty-fifth minute free.

Two minutes later Mulligan was in the thick of the action again when he sent a ball in from midfield to Darragh Rooney, who was lurking near the Bors posts; and Rooney coolly slotted home a well-taken goal.

Melvin Gaels sub Sean Langan received a 49th minute yellow card. The Gaels continued to pound the Bors posts with Darragh Rooney firing over a fifty-first minute point and then hammering home his second goal in the space of five minutes after being put through by Emlyn Mulligan.

Shortly afterwards Mulligan again acted as provider when he put sub Daithi McGloin in place to shoot Melvin Gaels' third goal. The final score of the game fell to Emlyn Mulligan, who shot his tenth point in the contest from play before the end.

With Bornacoola failing to score in the final eighteen minutes of the action, Melvin Gales ran out clear cut and comparatively easy winners.

Main Man: Chief marksman Emlyn Mulligan was certainly the architect of Melvin Gaels  win. Operating something like an American football quarterback he also directed and executed nearly all his side’s best moves in the game.

Talking Point: After a disappointing campaign so far, Melvin Gaels needed to get a win under their belt  in this game. But the Gaels mentors will be looking for bigger improvements as the championship goes down to the wire.

Turning Point: Darragh Rooney’s 47th minute goal put an end to Bornacoola's second half fight back that had cut the Gaels interval lead to two points.

Ref Watch: Enda Egan did a good job, keeping this relatively non-contentious game flowing at all times. Neither side could quibble with any of his decisions; even if they perhaps felt they were the wrong side of some of his calls.

Lowlight: A crowd of approximately 60 people watched this game which was not very inspiring for either of the teams involved. On the day, Pope Francis I engagement in Croke Park could possibly be blamed for the major absence of supporters in Páirc Seán.