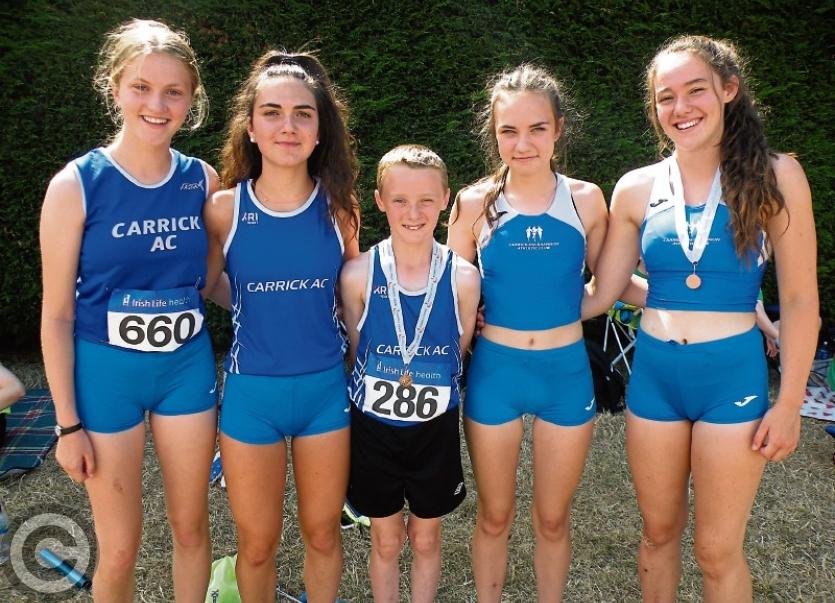 Members of Carrick-on-Shannon AC at the National Championships

As Carrick-on-Shannon AC get ready to return to training in the first week of October, the club wants to outline a few changes for the coming year with regard to membership and the enrolment of new members.

With an increase in Athletics Ireland Registration fees for all age groups due to come into effect from January 1, we have taken the decision to change our membership year from October to January.

New members will be taken in the Post Primary (Secondary School) group as there is not as big a restriction on space and numbers in these age groups. However, all new members will have to pay the Athletics Ireland Registration Fee and not the full membership fee until January so that they are covered for insurance purposes.

Training for all existing members only and new members in the Post Primary Group will resume on Tuesday October 2, at Carrick Sports Complex with the 9 & 10 year olds from 5 to 6 pm, 10, 11 & 12 year olds in Primary School from 6 to 7 pm.

The Post Primary Secondary group meet at 6 pm at the Sports Complex but training is outdoors.

Carrick AC's Adult Running group meets at Aura Leitrim Leisure during the week. New runners of all abilities are welcome to join with a wide range of abilities. The group meets on Monday and Wednesday at 8 pm, Tuesday and Thursday at 6pm just turn up on one of the nights and ask for Graham.