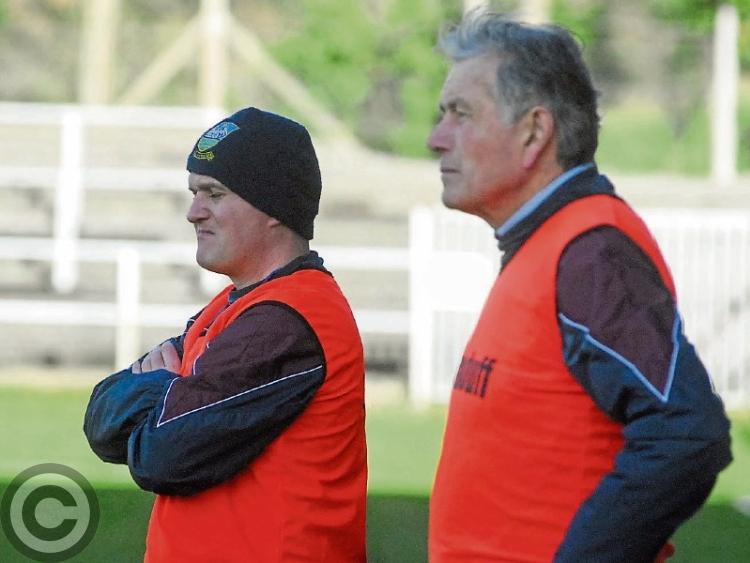 Goals win games and they certainly won it for Fenagh St. Caillin’s, a fact not lost on Annaduff manager Karl Foley who knew that his team had to find the net if they were to upset the odds last Sunday.

“When we went in at halftime, we knew were in big trouble in the middle of the field,” Karl told the Observer, “We just tried to regroup, we tried changing things with the short kickouts. The goal that went in after halftime, I wasn’t that worried about it because I knew we would have chances ourselves.

“We missed a vital chance before halftime, Conor’s chance and then Sean had a chance after they had scored their goal. If we had got them, it would have been a lot closer of a game, the second goal killed it and after that we were chasing it.

“We probably needed a goal before it, just after halftime, we knew we needed a goal. We spoke about it that we needed one, maybe two to win today and obviously when they got the third, it was game over.”

Karl typically paid tribute to his Annaduff players for their efforts - “I have to credit the lads, they battled right to the very end, their discipline was very good, we lost our shape a little bit but that was purely because the game was gone from us.

“You want to get off to a good start, you want to be trying to dominate in midfield but credit to Fenagh, they are a good side, a good young side as well. We had a few aging bodies that have had a very long year and put in a lot of football and credit to the club and our lads and the way they conducted themselves all year.

“We have a League Final to look forward to next week and we have to try and lift these lads and have them read for Allen Gaels.”