A bittersweet day for heartbroken Niall 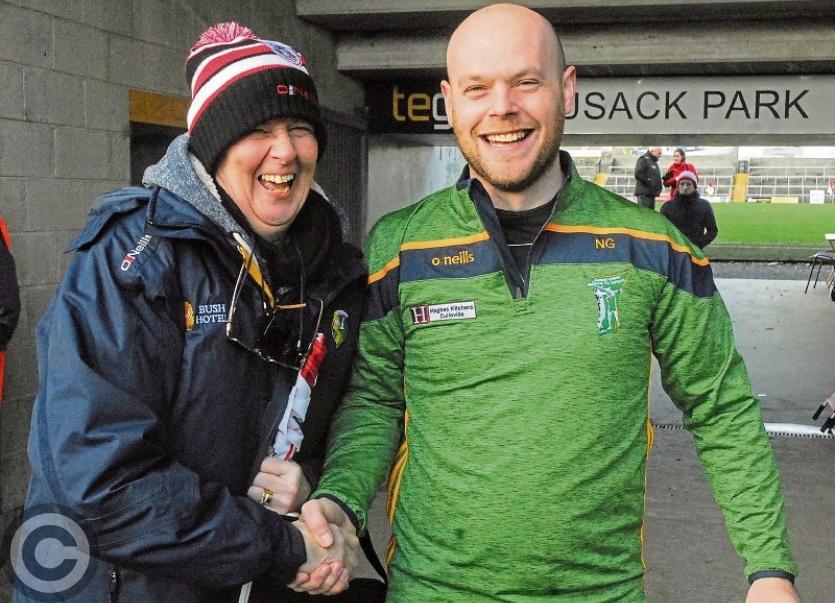 There are some things that defy belief and after Carrick won the Connacht Junior title, it seemed fate that they would meet Castleblayney and one of their old players in Niall Glancy in the All-Ireland Final last Sunday.

With two brothers on the team, Tomas & Hughie, and a cousin leading Carrick in James, an injured Niall might have been spared coming face to face with his brothers, cousin and friends on the field of play but it didn’t make it any easier on the now Castleblayney clubman.

“It is very bittersweet to be honest,” Niall told the Observer after spending a fair bit of time commiserating with the Carrick players before joining in Blayney’s celebrations, adding “Fair play to both teams, it is great that Castleblayney got across the line but your heart would be broken for the Carrick lads but everyone performed on the day.

“I was the black sheep in the family here in Green & Gold,” he joked, “It was tough, even there you’d find that you didn’t know who you were shouting for because you know the lads so well from home, from Carrick.

“I hurled with them for so many years and they are all great friends at the end of the day. Just glad that we could shake hands and hopefully they will be back next year, there will be more Connachts in them please God and that’s the main thing.”

Despite his genuine regret at Carrick’s loss, there was also delight at Castleblayney’s victory - “It is brilliant, it is a huge lift to the town, they are all great lads, they work so hard and I’m just delighted for them. It is just bittersweet but I am delighted, genuinely delighted for Castleblayney.”

And will be welcome back in Carrick?

“I’d hope so - once I start buying a few pints, I’ll be right I’m sure!” laughed Niall.