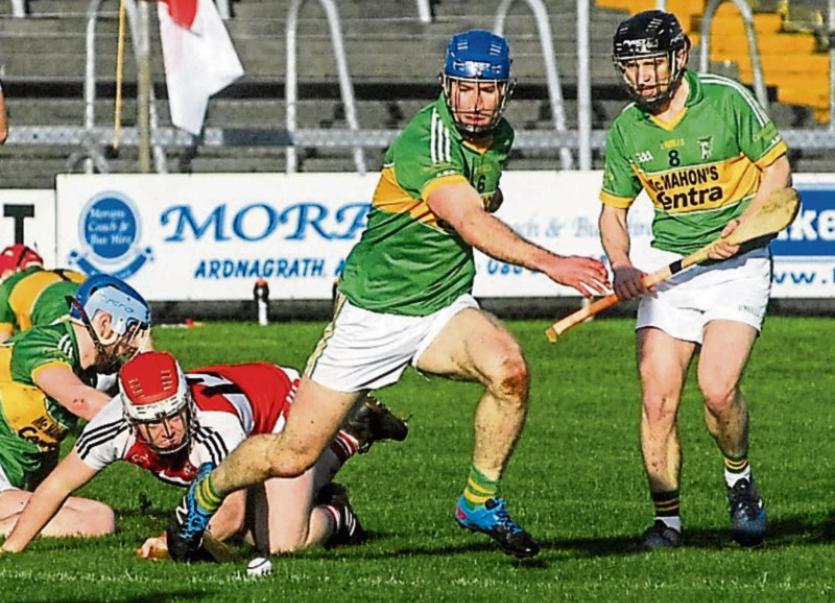 Difficult as it was for all associated with Carrick Hurling Club to put words to their emotions after last Sunday’s absorbing All-Ireland Junior semi-final, Castleblayney captain Peter Treanor was also struggling to come to terms with how the game unfolded.

While it would have been easy to bask in their victory, before accepting any praise or congratulating his team mates, Treanor paid tribute to the Leitrim champions and accepted the outcome could have been very different.

“Carrick put us to the pin of our collar to their credit. They dug in and they never gave up. They could have easily snuck another point or a goal could have slipped in and you couldn’t have argued with it because they were pushing and pushing really hard and it was a credit to the spirit they have in that team.”

And Peter insisted the margin of victory was irrelevant saying: “One point is the same as 20 points. Semi-finals are there for winning and we just about got over the line.

While anyone who had watched Carrick this year was well aware of the spirit within their ranks, the same rings true of Castleblaney with Peter insisting the praise at stake meant he and his team mates were determined to leave everything on the pitch.

“Those are things you talk about during the week in the lead up to a match and getting to Croke Park. What are you going to do? You are going to put everything on the line, bodies, whatever it takes.

“We knew they had a clinical free taker in Clement and that he was going to punish us so we tried our best to remain disciplined and not give away cheap frees that would guarantee the scores and put enough pressure on some of their striking to see a few of their shots go wide and luckily enough we just hung on in there in the end.”

The decisive goal, four minutes into the second half gave Castleblaney a cushion to protect but Peter insisted there was no deliberate decision to sit back and protect their lead.

“I don’t think so but in fairness to Hugh (Byrne) he finished it terrifically using the astroturf in front of the goals and it bounced up and there was no stopping it.

“Maybe subconsciously you do think we have a lead here, we’ll protect it but in fairness to Carrick, we struggled to break them down defensively and ended up hitting a lot of aimless ball that just ended up coming back at us.

“It’s a testament to them really that they didn't give up. They set up well and cut out a lot of our attacks and cleared balls. You’d like to think we were trying to push on but maybe subconsciously we might have sat back a little bit and they took advantage of that and pushed us back at every opportunity.

An All-Ireland Final and the opportunity to grace the hallowed turf of Croke Park is the prize for Peter and his team mates but while his team will undoubtedly be underdogs for the final he insisted they will be competing to win.

“It’s incredible. When the final whistle went it was just a surreal moment to try to take on board that you have actually made it because I have been playing inter-county and for the club for 10 or 12 years and I and most of the other boys have never played Croke Park either so it is a dream come true. When you dream of playing in Croke Park, you aim to win so that’s what we will be aiming to do. We are not just going to take part.

“When you play from Kilkenny or Cork, they are going to be favourites. We’ll try our best to enjoy it and put in as much hard work over the next few weeks as we can to leave ourselves in the best position to win. Most of all we want to do ourselves and the town proud.”