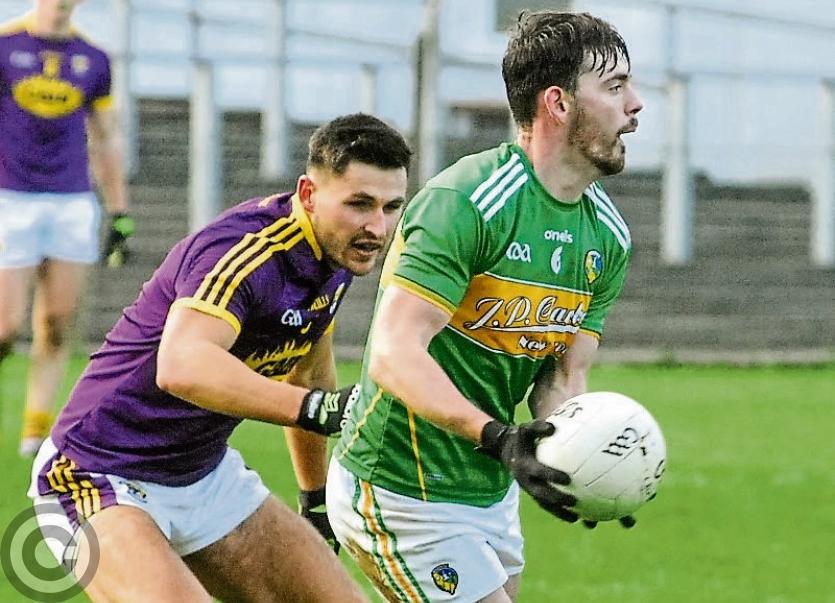 It's been the graveyard of many a team, Leitrim among them, but Terry Hyland's Green & Gold team travel to Wicklow's daunting Aughrim fortress full of confidence!

Next Sunday's Allianz League Division 4 clash in Joule Park Aughrim (2.30 pm throw-in) features two teams coming off the back of important wins and a blossoming confidence among Leitrim fans.

But when it comes to Leitrim's players, their confidence is grounded by caution as Man of the Match Ryan O'Rourke commented after Sunday's resounding 3-15 to 0-11 victory over Wexford - “That’s going to be a tough one, nobody is going to be getting ahead of themselves after this week so we’ll put the head down, we’re only on step two of the ladder.

“Going down to Aughrim is always a tough place to go so we’re looking forward to it now.”

Manager Terry Hyland may have seen his side score 3-15, 3-9 coming in the second half, but the former Cavan boss is looking for improvements as he highlighted the need to support Ryan O'Rourke - “We would always like to improve in all areas, even when we score 3-15, even when Ryan goes well.

“At the end of the day, there will come a day when somebody is going to target Ryan and someone else has to step up. It is about the team, the 15, spreading the workload and taking that responsibility and that is what we have to step up on.”

Leitrim will take on a Wicklow team who showed great spirit to overcome a dogged Waterford in terrible conditions in Dungarvan last Saturday evening, winning 1-7 to 0-9 after trailing by five points at halftime.

See this week's Leitrim Observer for analysis & reaction from Sunday's victory over Wexford.